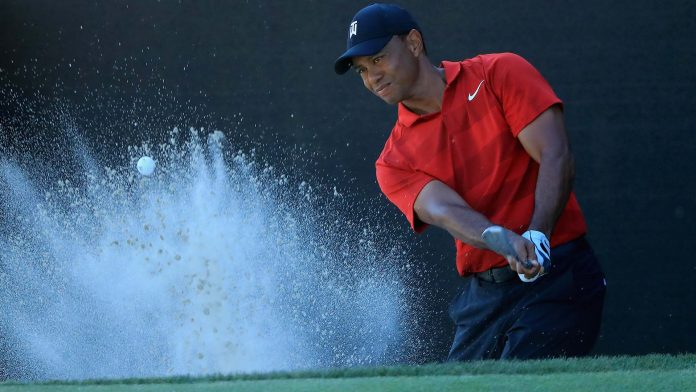 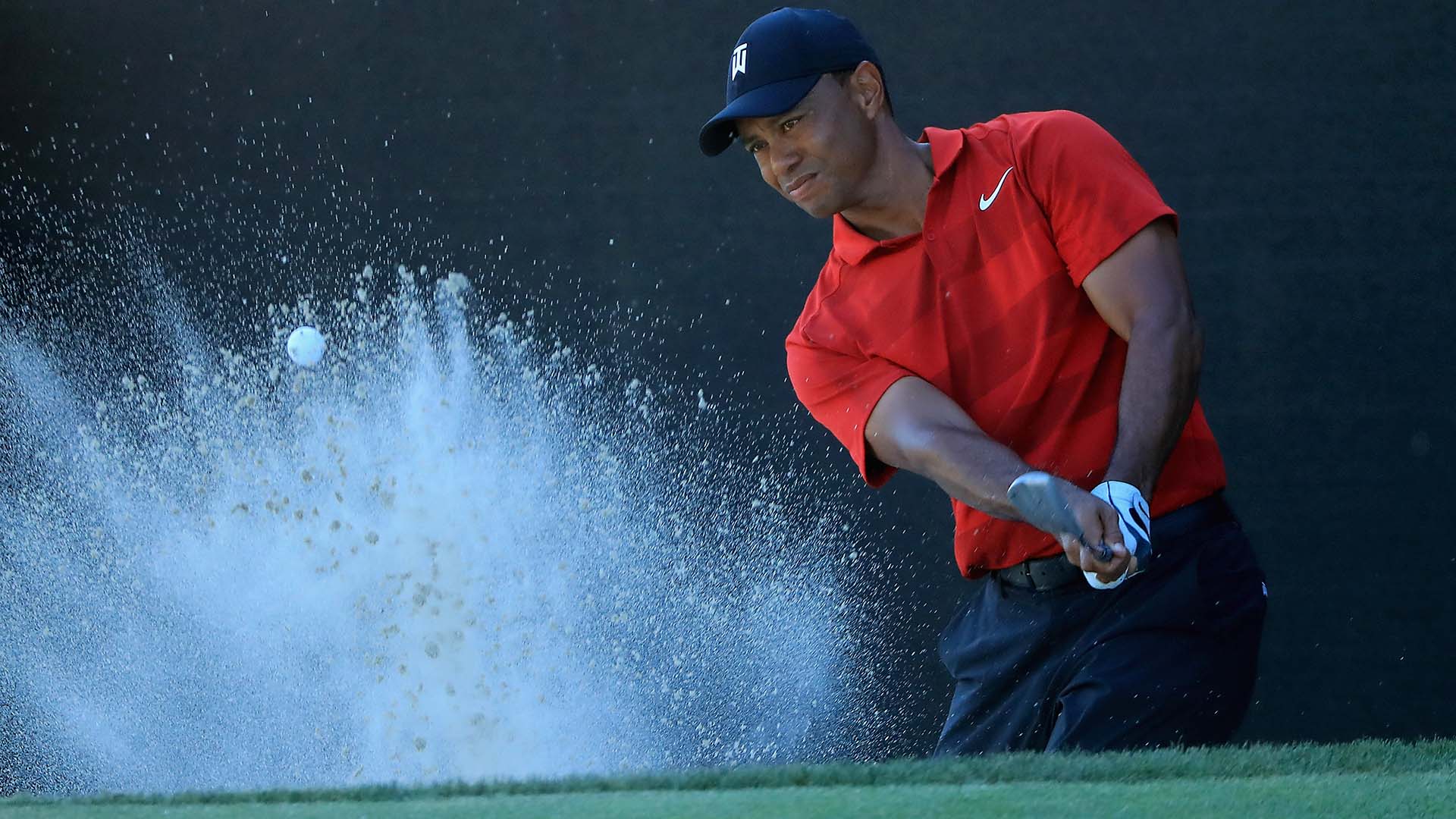 Partly cloudy skies. A light breeze whistling through the trees. That’s when Tiger Woods — red shirt and determined stare —  approaches the tee box at Amen Corner. He’s a shot off the lead in Sunday’s final round of the Masters, seeking his fifth Green Jacket at age 42.

It’s a shivers-down-the-back hypothetical that’s no longer a daydream heading into the 2018 Masters, which runs Thursday through Sunday and will be televised on CBS and ESPN with supplemental coverage from the Golf Channel’s “Golf Central Live from the Masters.”

MORE: Woods finds it ‘kind of funny’ that he’s now a Masters favorite

“There are no losers in this scenario,” Golf Channel analyst Justin Leonard told Sporting News. “But the biggest winner is the game of golf because [this tournament] is going to attract people into watching the game and hopefully those people will start playing again or take it up for the first time.”

Leonard, who won the 1997 U.S. Open, agrees with other analysts that Woods doesn’t need to win this Masters to have that impact. If Woods contends in the final round, however, even more viewers will flock to an event that in 2017 had its lowest rating in 13 years.

CBS Sports lead broadcaster Jim Nantz, who is covering the Masters for the 33rd year, lays it out like this: “This is probably the most-anticipated Masters that any of us have seen in our lifetime,” he said on a teleconference March 28. “There is a lot that factors into that statement.”

Sporting News looks at those factors, and how the “Tiger Effect” comes into play heading into this Masters:

Look back at the final round of the Valspar Championship on March 11, which collided with Selection Sunday. Woods entered the final round one shot off the lead and finished tied for second place.

The Sunday round earned a 5.1 overnight Nielsen rating on NBC, the highest non-major rating since 2013.

“When people see that comeback unfolding on television they want to be part of it and watch it. The good news is that they tend to like the product that they are seeing,” CBS Sports chairman Sean McManus said March 28.

When asked whether Woods’ contending in the final two rounds would be important, McManus chose to use the word “nice.” He sees the non-major rankings as part of a “halo effect” with Woods, and that’s the best news heading into Augusta.

“We saw that with Tiger in his heyday,” McManus said. “Overall golf ratings were pretty strong whether Tiger was in the running or not.”

If Woods is one shot off the Masters lead heading into Sunday, however, double-digit Nielsen ratings could happen.

The gold standard remains the 1997 Masters. The final round drew a 14.1 rating with a 31 share for the highest-rated championship round in tour history.

Nantz reiterated twice that the reason for the anticipation isn’t just Woods’ comeback — even if that’s the undisputed front-pages headline. Nantz sees a field where most of the best players are at their best.

Nantz cautions against returning fans looking at the field from a Tiger-centric standpoint.

“They see it as Tiger, and Tiger only,” Nantz said. “Inside the sport the excitement that is percolating is because we’re coming to a Masters tournament where I’ve never seen so many stars in the sport having their A-game heading to Augusta.”

Leonard, meanwhile, sees a connection between that strong field and the re-emergence of Woods. It’s a chance for those young golfers to get more exposure, too, especially with the returning audience.

“These young players on tour who haven’t really got to see Tiger at his best, haven’t really had a chance to compete against him,” Leonard said. “They want that opportunity, and it’s awesome. It speaks not only to their ability but the state of the game now. They want to be the one to go up against Tiger.”

Leonard, however, issued the same warning other golfers from that Tiger heyday would agree with. Would you really want to be in the final pairing with Woods on Sunday?

“You’d better be careful what you wish for,” he said.

Most golf fans remember that seminal moment in 1997, when Woods won the first of four Masters by shooting a course record 18 under.

Now, Woods is back, and that has created one of the most compelling possibilities given he hasn’t won a major since 2007. Three-time Masters winner Nick Faldo knows the scope of what that would mean.

“I think if Tiger does come back, it will be questioned if this is the greatest comeback in sports, let alone golf,” Faldo said March 28. “It would be phenomenal to go through four surgeries and other life-changing routes to come back to this. To come back and win a major, it would be his greatest achievement.”

It’s not a comeback story. It’s the comeback story for a sport at its most prestigious tournament — one Nantz said would be on par with the 1986 Masters, when Jack Nicklaus won the tournament for the sixth time, at age 46.

Now picture this. Sunset. Defending champion Sergio Garcia puts a Green Jacket on Woods, who breaks out a wide smile at Butler Cabin.

“It’s one I’ve already given a thought to,” Nantz said. “I think there’s a difference between challenging and winning it. Challenging is what it means, but if he were to win it you’re going to be talking about one of the epic moments in the history of sport. It’s as simple as that.”

Can Tiger win it?

Winning the tournament? It’s just not that simple.

“I still think we have to tap the brakes a little bit and realize how special it is not to walk out of this Masters next week if he doesn’t win and look at it as a disappointment,” Leonard said.

That was the consensus among the analysts who have seen the “Tiger Effect” then and now. This doesn’t have to be a Woods-wins-it-all situation for the ratings to continue to increase, and Nantz used the final round of the Farmers Insurance Open as an example. He said the hour-by-hour ratings went up hours after Woods finished his round.

The Masters will draw better ratings this year no matter what. If Woods is in contention?

“It’s about as automatic as anything in sports television that when Tiger is in contention on that leaderboard that you are going to get a very significant lift,” McManus said.

That’s why Nantz said this Masters might be the most-anticipated in a lifetime. Ratings are up. The field is loaded. Tiger’s comeback continues to generate interest.

It’s a shivers-down-the-back-hypothetical, and it’s very real. What could be bigger than that?

“If Woods wins the U.S. Open, then it’s a bigger achievement than it would be winning at Augusta,” Leonard said.

Masters 2018: Why Patrick Reed vs. Rory McIlroy at Augusta is...

The key To Effortless Power Within the Golf Swing! | Featuring...

Charles Barkley calls Steph Curry a ‘flash in the pan’ |...