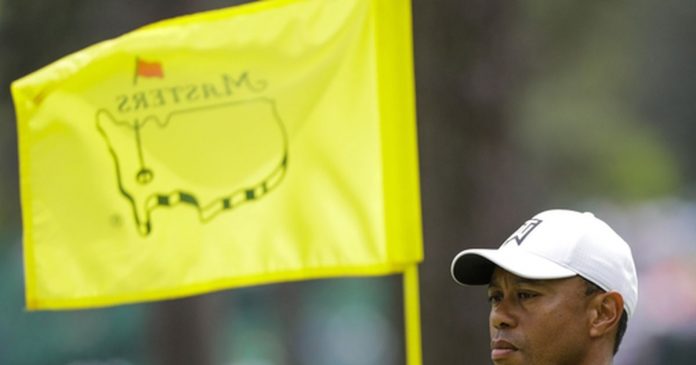 The Masters Par 3 is the rare tournament players aren’t overly keen on winning. Or so goes the superstition since no one has ever won the Par 3 and the Masters in the same year.

But what the tournament lacks in cutthroat competition, it makes up for in surprise cameos. Take, for instance, the presence of Caroline Wozniacki, who caddied for then-boyfriend Rory McIlroy in 2013. The sight of a former world No. 1 tennis player in a caddie jumpsuit might be groundbreaking material if not for the fact that by Par 3 standards, celebrity caddies are nothing new.

Andy Roddick: The now-retired tennis star, himself an avid golfer, looped for Zach Johnson in the Par 3 in 2011. The two hadn’t met prior to that day, but they got along well enough for Johnson to let Roddick get in a swing himself, which he summarily dunked in the water.

Matt Ryan: The Atlanta Falcons quarterback got the nod from Stewart Cink in 2012. Ryan, who had played a few rounds with Cink in the past, got in a swing as well, which he said drifted “way too far to the right.”

Chris Evert: Are you picking up on the tennis player theme? Evert had married Greg Norman the previous summer when she caddied for the Shark in Par 3. In fact, Norman even made a hole in one on the sixth hole that day. It wasn’t enough to save their marriage, however. They divorced later that year.

Kelly Tilghman: The Golf Channel anchor had a chance to caddie for Arnold Palmer in a group that also included Jack Nicklaus and Gary Player in 2008. Palmer allowed the former college golfer a swing of her own, which Tilghman barely cleared the water with.

Lindsey Vonn: OK, technically she didn’t caddie for then-boyfriend Tiger Woods since his kids did the heavy lifting. But the golf medalist skier was there every step of the way .

David Robinson: The 7-foot-2 NBA All-Star center comprised one half of an odd couple when he looped for 5-foot-9 Corey Pavin in 1997. Robinson wasn’t the only boldfaced name in a jumpsuit that week. Eagles lead singer Glen Frey caddied for Brad Faxon.

Top five GOLF SWING Mistakes | ME PLUS MY GOLF