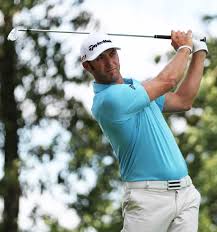 Kiradech Aphibarnrat produced a brilliant finish to beat Charles Howell III one up and advance to the quarter-finals of the WGC – Dell Technologies Match Play.

The 28 year old is developing a fearsome match play reputation after wins at the 2015 Saltire Energy Paul Lawrie Match Play and this season’s ISPS Handa World Super 6 Perth, and advanced from his group at Austin Country Club with a 100 per cent record.

He was one down stood on the 17th tee on Saturday morning but showed nerves of steel to seal a birdie-birdie finish and set up a last-eight clash against Bubba Watson.

Sergio Garcia also got out of his group with a perfect record but was beaten 3 and 1 in the last 16 by Kyle Stanley, who will next face Justin Thomas, a 6 and 5 winner over Si Woo Kim.

Howell’s approach to tap-in range handed him the first but Aphibarnrat hit a dialled-in iron of his own to six feet on the third to level things up.

The American then nudged himself back in front as the excellent iron play continued, with a ten-foot putt bringing him a birdie on the fifth and an Aphibarnrat bogey sending him two up at the turn.

Howell found the water on the 12th and when Aphibarnrat holed a 15-footer on the next they were back level but the Group 14 winner edged back ahead with a birdie on the next.

The four-time European Tour winner holed from nine feet on the 17th to head up the last all square and after finding an awkward spot off the tee, he played a wonderful second and made another nerveless putt to advance.

“I’m just trying to do what I have to do. In match play anything can happen, it’s just an opportunity to make a lot of birdies and bogeys.

I’m just trying to do what I have to do. In match play anything can happen – Kiradech Aphibarnrat

“I’ve been behind all day in such a great match. Charles played great golf.”

A Stanley bogey handed Garcia the first but the American hit back with a birdie from six feet on the third and when Garcia missed the green with his second on the fifth to drop a shot, Stanley was one up.

A Garcia bogey on the eighth put Stanley two up and when he holed from ten feet on the ninth, the Masters champion looked in trouble.

An 18-footer on the tenth handed Garcia hope and when Stanley found the water on the 12th the gap was down to one but, after the duo traded the 14th and 15th, a birdie-birdie finish sent Stanley through.

Thomas can go to World Number One if he gets to the final on Sunday and after compiling a 3-0-0 record in Group 2, he continued to look like a world beater on Saturday.

Kim conceded the second after ending up against a wall off the tee and a 16-foot putt on the next sent him two up. A birdie on the seventh, a par on the eighth and another birdie on the ninth was enough to stretch the advantage to five and Kim had a mountain to climb at the turn.

The South Korean stemmed the flow with a pair of pars but when Thomas birdied the 12th, victory was inevitable.

Brian Harman and Watson exchanged the first and second in bogeys but an approach to ten feet on the fifth handed Harman a birdie and a one-shot lead.

Watson then holed a monster putt on the eighth to get back level and an 18-footer on the ninth sent him one up at the turn.

Harman bogeyed the 11th and a towering second into 12 feet at the 12th brought an eagle and a three up lead for Watson before the two-time Masters champion surrendered the next after hitting the stands in a 2 and 1 victory.

I actually copied their golf swings… 🤯 | Bryson DeChambeau vs...

Ashton Wunder’s journey to Callaway Golf’s World of Wunder | Beyond...

Illustrates: Kevin Na’s first circular (61) at the Sony Open up...