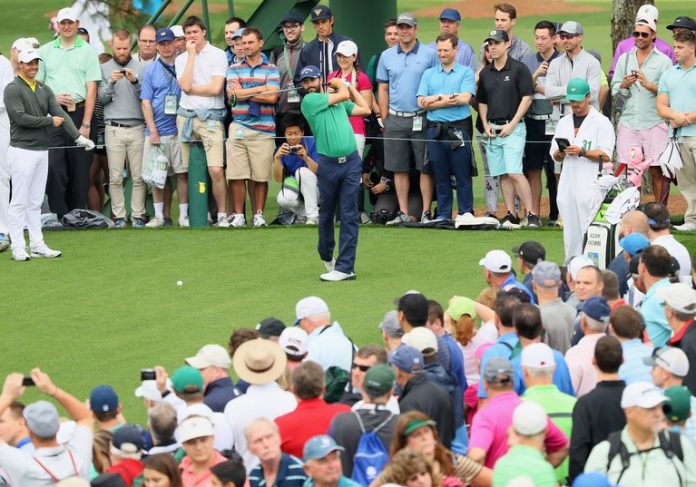 With the 82nd edition of the Masters Tournament almost upon us, here are five key things to know ahead of the action at Augusta National Golf Club.

Three in a row for Europe?

Given the form of many of the continents’ finest this season, the chance of a third successive winner shouldn’t be underestimated.

Not since Sir Nick Faldo won his second successive Green Jacket in 1990 has Europe laid claim to three consecutive Masters winners in a row.

Tommy Fleetwood and Justin Rose ave both won this season, with the latter undoubtedly eager to make up for his play-off heartbreak last year.

Woods amongst the American front-runners

The start of this season has seen the remarkable return of Tiger Woods, and the four-time Masters winner will be relishing the opportunity to claim a fifth Green Jacket.

Woods has not participated at Augusta National since 2015, and his last victory in Georgia came in 2005. Another title would leave him one behind Jack Nicklaus’ record of six, but Woods will face a stern challenge from some of his fellow Americans.

Past Masters champions Phil Mickelson and Bubba Watson already have wins under their belts this year, whilst World Number One Dustin Johnson and Justin Thomas will also be in contention.

New faces in the field

Shubhankar Sharma, the Race to Dubai Rankings presented by Rolex leader, will make his Major debut as one of 16 rookies in the field.

The young Indian star shot up the Rankings at the start of the year and earned himself an invitation to the Masters following victories at the Joburg Open and the Maybank Championship.

Englishman Harry Ellis is one of six amateurs who will also be making their Masters debuts, after he qualified by winning the 2017 English Amateur Championship at Royal St George’s Golf Club.

Winning Scot to say a final farewell to Augusta

The 1988 Masters champion Sandy Lyle will make his final appearance at Augusta National this year.

Lyle claimed his Masters title 30 years ago after a one-shot win over Mark Calcavecchia, becoming the first British player to claim a Green Jacket. His victory became synonymous with his bunker shot on the 18th hole, which helped him on his way to his first Masters win.

The 60 year old Scotsman shot 71-67-72-71 to claim victory, which added to a brilliant start to 1988 after victories at the Greensboro Open and the Phoenix Open in the weeks leading up to Augusta.

Fred Ridley will take charge of his first Masters after former chairman Billy Payne retired at the end of 2017.

Ridley becomes the seventh chairman of Augusta National, moving from his role of chairman of the competition committees for the Masters.

He is also the only chairman to have previously played in the Masters.