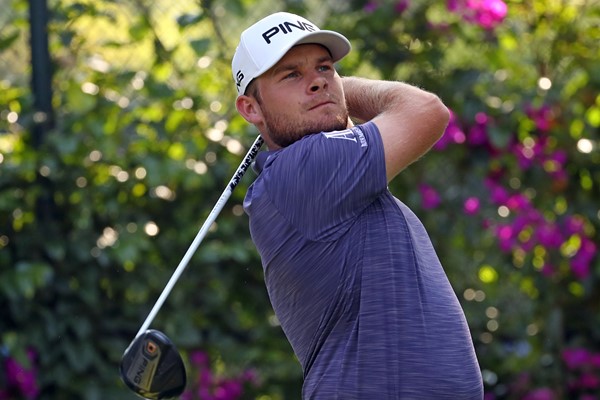 World Number 17 Tyrrell Hatton has confirmed he will defend his title at the Italian Open, the second Rolex Series event of the season on the European Tour’s 2018 Race to Dubai, at Gardagolf Country Club from May 31 – June 3.

The Englishman coolly rolled in his birdie putt from 15 feet at the 72nd hole to clinch the trophy by a single shot in 2017, claiming his first Rolex Series win, and second consecutive European Tour victory having won the Alfred Dunhill Links Championship the previous week.

The 26 year old will tee it up alongside home favourite and two-time Italian Open champion Francesco Molinari in the picturesque surroundings of Lake Garda for the 75th edition of the historic tournament, which returns to Gardagolf Country Club for the first time in 15 years.

Hatton has continued his impressive run of form in 2018, posting three top ten finishes, including tied third at the WGC-Mexico Championship, and third at the Omega Dubai Desert Classic to sit in third position in the Race to Dubai Rankings presented by Rolex.

“I’m really looking forward to making the trip back to Italy,” said the three-time European Tour winner. “I have so many good memories of the week last year in Milan, it was surreal to win twice on the European Tour, and something I will never forget.

“Winning an event like the Italian Open, a tournament with such a long and rich history, and to do it on the way I did on the final hole was pretty special. It is going to be different defending a title at a new course, but I’m looking forward to the challenge.

“It was an unbelievable feeling when that putt dropped on 18. I knew I needed to birdie the last to win the tournament, and I gave myself a chance to do that with a 15-foot putt up the hill, and I was very happy to see that one drop.

“Finishing with five birdies and that putt, it is hard to describe the feeling really. I’m not one normally to fist pump or anything like that, but it just seemed like the right thing to do.”

The Italian Open continues to flourish as one of the eight tournaments which form the prestigious Rolex Series – the premium category of tournaments on the European Tour’s international schedule, all with a minimum prize fund of US$7 million.