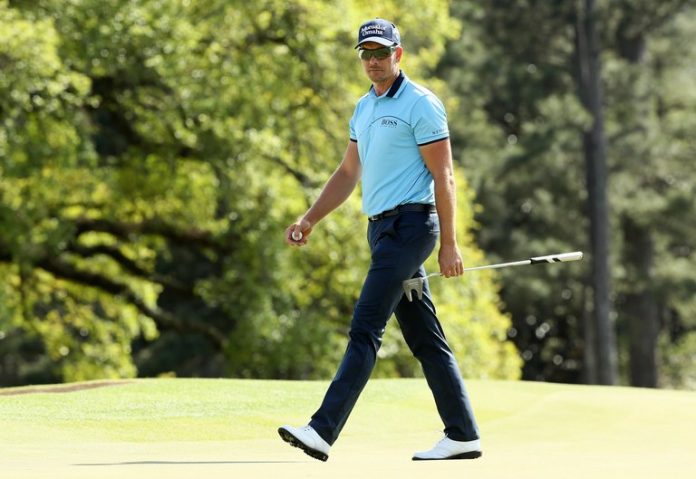 Henrik Stenson of Sweden walks across the 18th green during the first round of the 2018 Masters Tournament at Augusta National Golf Club. (Photo by Jamie Squire/Getty Images)

It wasn’t perhaps the happiest of birthdays – his 42nd – but for Henrik Stenson a 69 in the opening round of the 82nd Masters represented a more than satisfactory score for a round in which he felt some way short of his best. Which is ironic really. Despite owning a major title – the 2016 Open Championship – and topping the money-lists on both sides of the Atlantic in 2013 amidst amassing nearly 20 victories worldwide, the strapping Swede has never done well at Augusta National. In 40 previous tours of the premises he had broken 70 only twice, his best finish T-14 in 2014. Extraordinary, given Stenson’s obvious ball-striking talents and ability to compete at the very highest level.

Things can change though. And this year Stenson is trying something different in terms of preparation. On Monday of last week he arrived intending to play 18-holes but so bad was the weather – “45 and windy” – he spent the day on the practice putting green wrapped in four layers of clothing. This week he arrived only on Tuesday afternoon, played only four holes and added only nine more on the eve of the tournament.

“I haven’t played a full 18-holes before teeing-up,” he pointed out. “But it has worked out pretty good.”

That it has. So far at least. Two days on from talking about playing with more aggression and hitting more drivers, Stenson made birdie on the 505-yard par-4 11th, the hole he feels is “key” to his progress. Perhaps the only thing deflating his mood by close of play was the disappointing bogey he made on the 18th hole.

“I managed my way round the course pretty well today,” he said. “I hit some nice chips and holed a couple of nice putts on four and eleven. I did make a couple of bad swings -real trauma both off the tee and into the green. But overall I did a pretty good job. Anytime you shoot in the 60s on the course you’ve got to be pleased. Shooting that score without playing my best is definitely promising. I just hope I can turn that notch up and see where that takes me on Sunday.”

Indeed, Stenson’s only moment of real trauma came on the par-5 15th hole. Standing atop the hill looking down on the distant green after a near-perfect drive, the four-time Ryder Cup player watched as defending champion Sergio Garcia spun wedge after wedge after wedge back into the pond fronting the putting surface.

“It didn’t really fill me with confidence,” was Stenson’s succinct summary of his feelings as the Spaniard accumulated an octuple-bogey 13. “There is such a small margin between a really good chance for birdie and a guaranteed bogey on this course. But I’ve learned over the years. I pretty much know where to hit it and what to do on every pin location. It’s just a matter of being able to do it.”

With that, Stenson was off to a relaxing evening, one no doubt involving candles and cake.

Golfing is Hard | Adam Scott’s disastrous quadruple bogey on the...