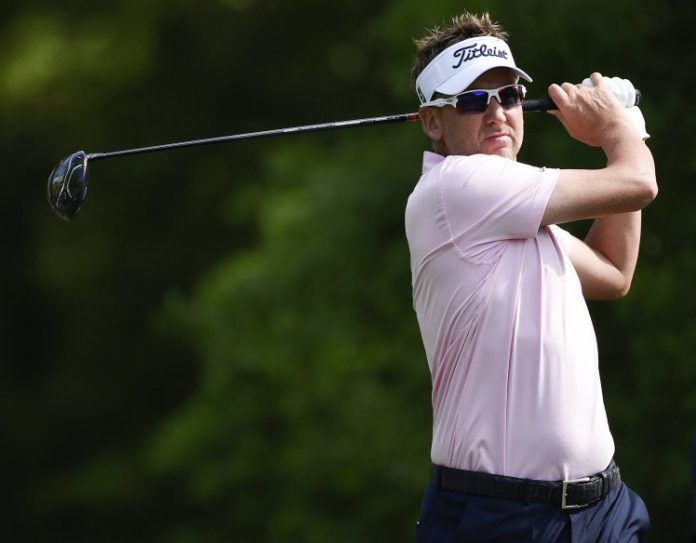 Ian Poulter won his first tournament for six years to qualify for the Masters.

It was classic Poulter with the Ryder Cup hero birdying a putt on the 18th to tie for the lead on -19 with a final round of 67. He beat his chest in triumph at taking the tournament to a play-off against his American opponent.

Having been dealing well with the pressure of the situation during regulation play, Hossler lost his way as they replayed the 18th hole. After hitting the bunker with his tee shot, he hit another from his second and then went into water on the third.

Poulter kept his cool to win the hole and the tournament, his first ever stroke play tournament win on US soil.

It means the 42-year-old will be involved in Augusta, with the Masters getting under way on Thursday.

‘I feel amazing,’ he told Sky Sports. ‘I will find the energy for next week, to be going there free wheeling and playing the way I’m playing I’m super excited.’