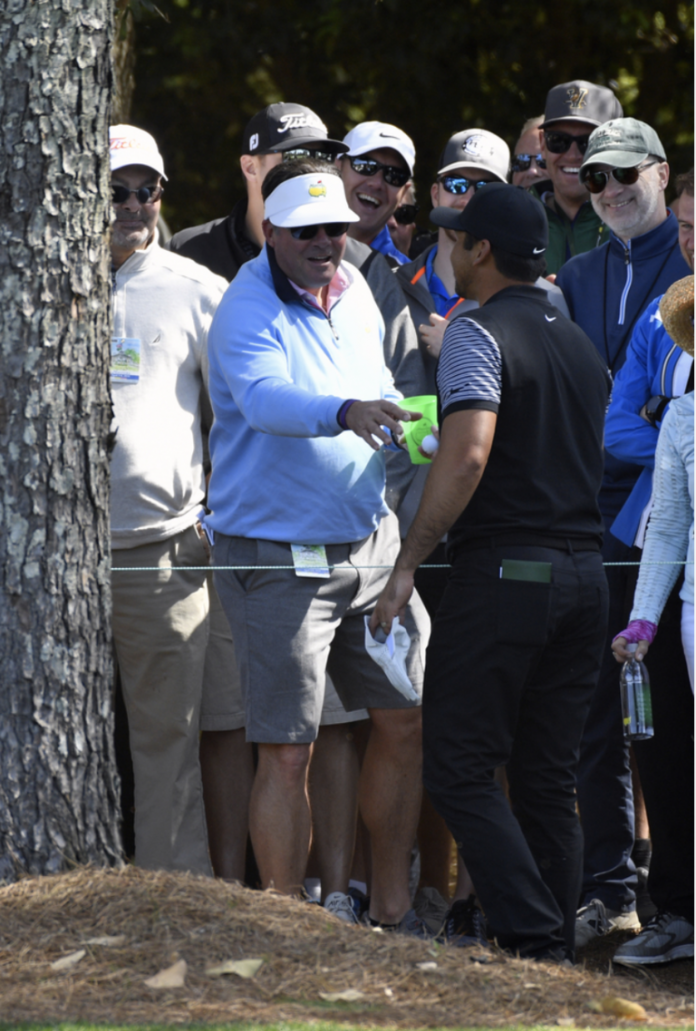 AUGUSTA, Ga.—Jason Day’s one of the more accurate big hitters on tour, ranking 35th in driving accuracy. That didn’t stop the Aussie from going wayward on his first shot during the 2018 Masters, sending his drive on No. 1 soaring left of the fairway. That’s not necessarily a shock; that side is a common bailout for players at the first. What makes Day’s shot unique is where his second went: into a patron’s beer.

The 2015 PGA champ’s approach sailed to the right, clattered around the Georgia pines, hit a patron’s shoulder and landed in a libation. Told by an official that Day needed to identify his ball, the fan obliged, downing the drink to the amusement of his fellow patrons and Day. Luckily for us, Golf Digest’s Executive Director of Video Christian Iooss was at the scene to capture the moment:

Unfortunately for Day, he was unable to save par from the suds-soaked spot, walking away with a bogey. The rest of his front nine wasn’t much better, making the turn in 40. But at least he’ll have a story to cheers to after the round.

Can Rory McIlroy be first gamer to defend at THE PLAYERS?...