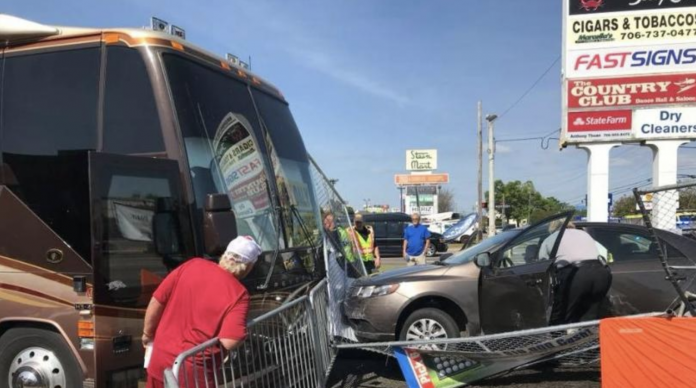 AUGUSTA, Ga.—John Daly was the victim of an accident in an Augusta parking lot on Friday after a car slammed into his bus.

According to WRDW.com, the vehicle was traveling down Washington Road, the street outside Augusta National Golf Club, when it lost control making a U-turn, plowed through temporary fencing and struck Daly’s RV, which was parked in a Hooters lot. Daly was able to jump out of the car’s path, injuring his knee in the process. Medics treated Daly at the site, with x-rays and an MRI planned to assure no further damage was done. Daly told WRDW that he still plans on playing in a Champions PGA Tour event next week.

The 51-year-old last played in the Masters in 2006. Since, he’s been a regular presence off Washington Road, selling merchandise out of his RV.

Illustrates: Kelce, Mahomes and more glow in Round 2 associated with...

Experts 2018: Tiger Woods is clamming plan other players during practice...