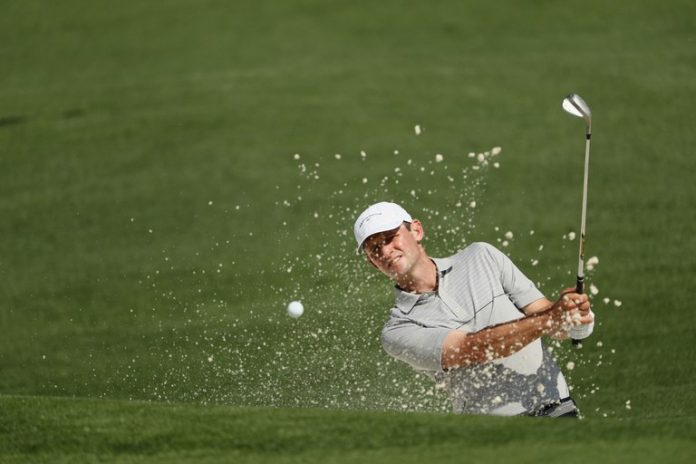 It’s been an up-and-down 2018 for Jordan Spieth, but he’s once again found himself in the familiar position of Masters favorite. He just has a lot of company as the year’s first men’s major quickly approaches.

Westgate Las Vegas Superbook released its latest Masters odds on Sunday evening and Spieth is back at the top of the board at 10-to-1 odds. Joining him at that number are Dustin Johnson, Rory McIlroy and Justin Thomas. Of course, all of this is subject to change as a likely late flurry of bets comes in.

Noticeably absent (for now) from this foursome of favorites is Tiger Woods. The four-time Masters champ was a long shot entering the year, but his play in recent weeks had briefly elevated him to favorite status. Woods is currently listed at 12/1.

According to Westgate’s golf oddsmaker, Jeff Sherman, Woods has drawn the most bets thus far. However, Rickie Fowler, currently 16/1, has had the most money wagered on him of anyone in the field.

Below Woods on the board is Justin Rose at 14/1. A pair of red-hot lefties who have combined to win five green jackets, Phil Mickelson and Bubba Watson, follow at 16/1.

Spieth, the 2015 Masters champ and a runner-up in 2014 and 2016, opened as a 7-to-1 favorite in August at Westgate, but had fallen to 14/1 after managing just a pair of ninth-place finishes in his first eight starts of the year. The three-time major winner broke out of that mini-slump this past week with a T-3 at the Houston Open.

Chun ‘couldn’t breathe’ during record-setting round at Women’s PGA | Golf...