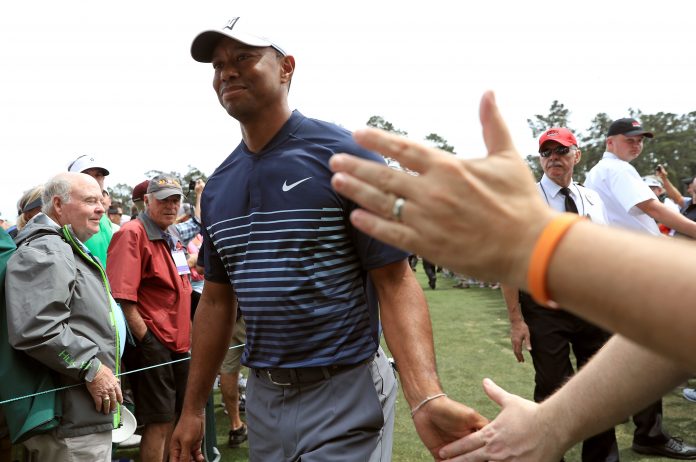 AUGUSTA, Ga. — Welcome to the Masters morning rundown, your one-stop shop to catch up on the action from Augusta National. Here’s everything you need to know for the morning of April 5.

It wasn’t as hyped as his match with Phil Mickelson, but Tiger Woods toured Augusta National on Wednesday with another folk hero. Matt Parziale, a former mini-tour player turned firefighter who captured the U.S. Mid-Am, has become one of the more captivating stories at this year’s Masters. The 30-year old said earlier in the week that Woods had reached out after his October victory, a dream come true for Parziale.

“He sent me a letter,” Parziale said. “And that was incredible to receive, just because I had I grew up watching him. I played competitive golf because I was able to watch him growing up.”

The duo set off with Fred Couples (who’s accompanied Woods all three practice rounds) in the afternoon on Wednesday. The two were seen conversing throughout their front-nine excursion. Following the round, Woods had nothing but praise for Parziale and his game.

“Matt played great today and we really had a lot of fun. He’s a terrific kid and we had a really good time,” Woods said. “I had a nice time with his dad, too. He told some great stories about the fire department and things that he’s done.”

As for Woods, the 42-year-old continues to look agile and spry in preparation. Making his first Masters start since 2015, Tiger is scheduled to tee off at 10:42 a.m on Thursday with Tommy Fleetwood and Marc Leishman. 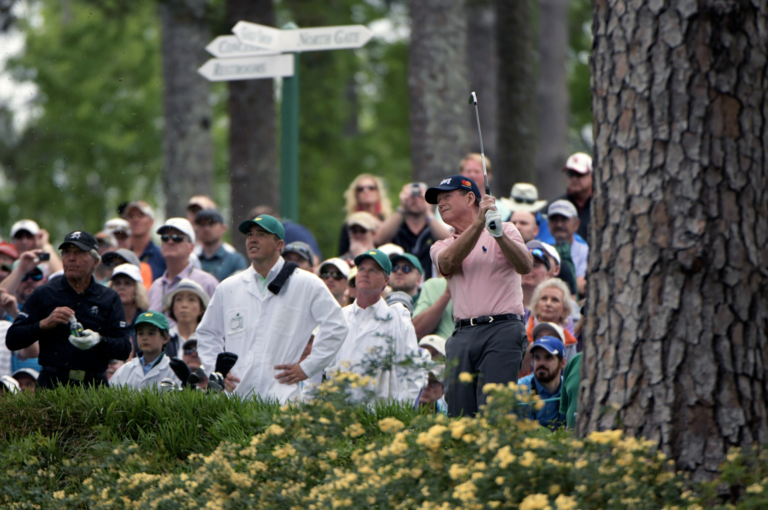 Well, he almost won the Open Championship at 59. Guess we shouldn’t be surprised that Tom Watson’s still getting it down at 68.

Watson, 18 months away from 70, turned in a six-under 21 to best Tommy Fleetwood and Thomas Pieters by a shot during Wednesday’s Par 3 Contest. Watson, who retired from the tournament in 2016. He had won the event previously…in 1982. He’s just the third green jacket owner to win the Par 3 Contest twice, joining Sandy Lyle and Sam Snead.

RELATED: Why the Par 3 Contest is the best non-event event in sports

Watson also took Slammin’ Sammy’s record as the oldest Par 3 Contest winner, as Snead was 61 when he won the competition in 1974.

Perhaps Fleetwood and Pieters owe Watson a favor: no player has won the Par 3 Contest and Masters in the same year.

Watson’s feats weren’t the only fireworks to come out of his group. On the final hole, Jack Nicklaus allowed his grandson G.T. to hit. The youngster made the most of the opportunity, making an ace and recording one of the loudest roars of the afternoon:

Afterwards, Jack said, putting aside his six green jackets, it was the most special day he’s ever had on a golf course. And if you didn’t have a tear in your eye watching Jack choke up afterwards, you clearly are without a soul. 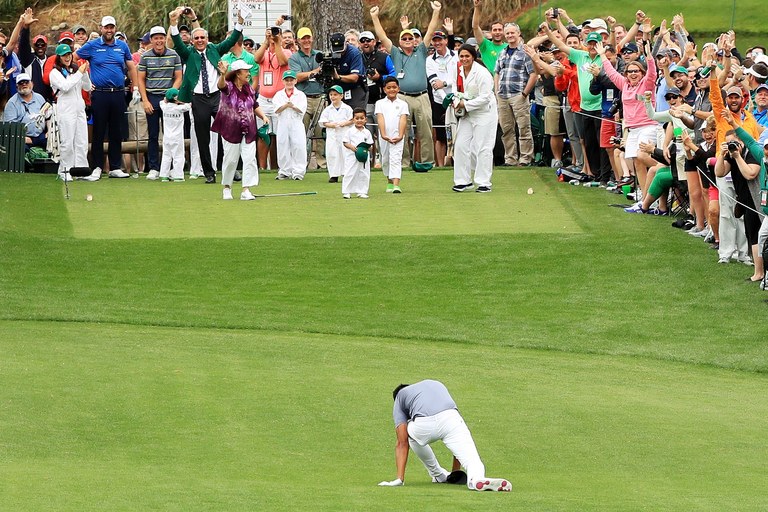 Tony Finau is scheduled to make his Masters debut on Thursday. Whether he tees it up at Augusta National is a different story.

During Wednesday’s Par 3 Contest, the 28-year-old suffered a gruesome injury in celebration of a hole-in-one, seemingly dislocating his ankle when running and jumping toward the green. Finau appeared to pop it back into place and finished his track around the course, quelling reactions that he would be unable to compete in the tournament. Unfortunately, those fears were confirmed by Golf Channel’s Todd Lewis, who reports that Finau did dislocate his left ankle during the fall.

While X-rays came back negative, Finau is set for an MRI on Thursday morning. According to Lewis, if the results are positive and swelling is under control, Finau will try to play.

It’s a tough break for Finau, who’s enjoying a breakout campaign. He leads the tour in driving distance at 321 yards and enters the Masters ranked eighth in the FedEx Cup thanks to two second-place finishes this season.

Luckily for Finau, he won’t be (relatively) pressed for time, as he’s slotted to go off the first hole at 12:43 p.m. Late on Thursday he took to Twitter, thanking everyone for their concern and asserting he’s optimistic about his chances. 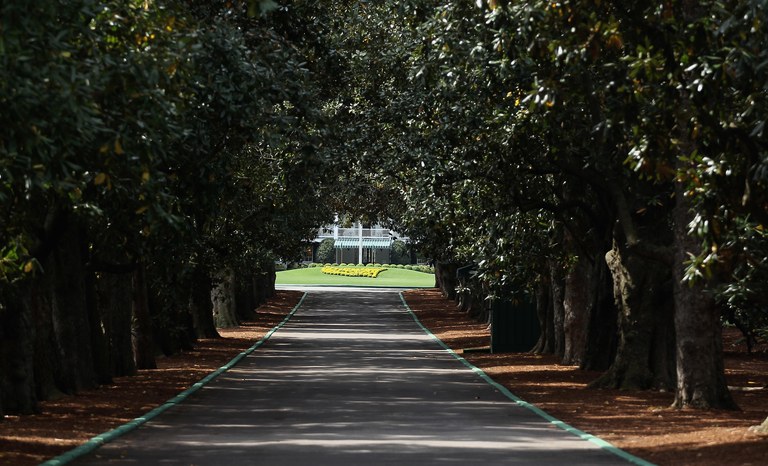 In his first press conference since taking over for Billy Payne as Masters chairman, Fred Ridley sent a message that growing the game would be a continued focus for Augusta National Golf Club with the unveiling of a new club-sponsored tournament targeting women’s golf.

Debuting in 2019, Augusta National Women’s Amateur Championship will be a 54-hole stroke-play tournament that features an international field of 72 players. Most noteworthy is the fact that the final round will be contested at Augusta National the Saturday prior to the Masters Tournament. The opening two rounds will be held at Champions Retreat Golf Club in nearby Evans, Ga., after which the low 30 scores will advance to play Augusta National.

“This championship will become an exciting addition to Masters Week, and it furthers our effort to promote the sport and inspire young women to take up the game,” Ridley said. “Now, just imagine the 40 girls who come here each year for the Drive, Chip and Putt national finals will be able to dream about returning here one day to compete on a much grander stage for another impressive title.”

The tournament comes on the heels of the introduction of the Asia Pacific Amateur Championship, the Latin America Amateur and the Drive, Chip and Putt as events that will help increase interest in the game and drive more boys and girls to take up the sport.

Masters 2018: What are the chances of a firefighter making the...