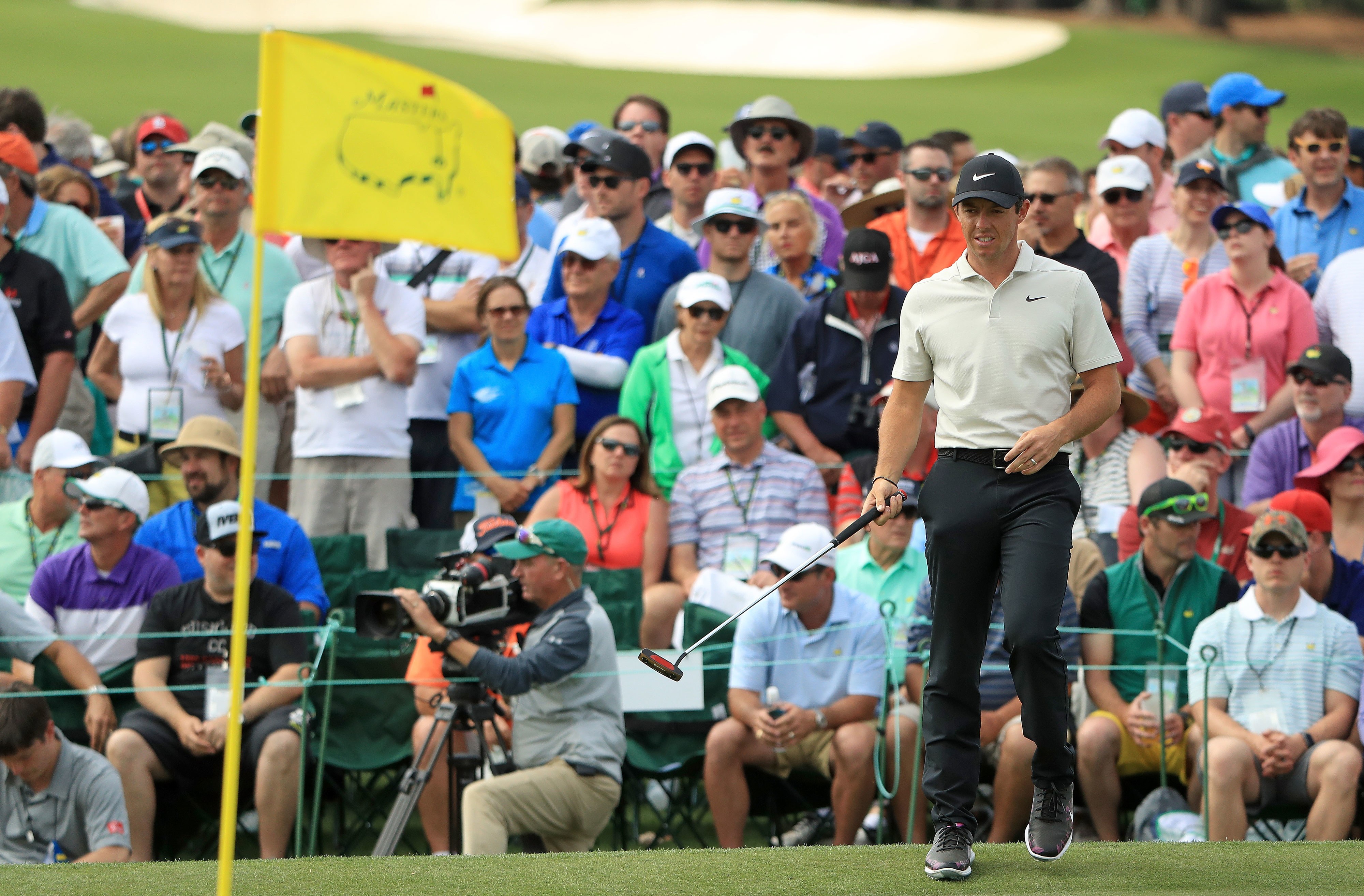 AUGUSTA, Ga. — Patience. It’s not a word always associated with Rory McIlroy, but definitely the dominant theme of his play over the first 36 holes of the 82nd Masters. Four under par at the halfway stage of what he hopes will be the fourth and final leg of his career Grand Slam, the 28-year-old Northern Irishman displayed an unfamiliar calm both on the course and in the post-round analysis of his performance in the increasingly blustery conditions. He even provided a blueprint for success around Augusta National: “Stay patient. Birdie the par 5s. Keep your putts on the high side of the hole. Hope for the best.”

There is a little more to donning a green jacket than that, of course.

“My distance control has been better so far,” he continued. “And I’ve holed putts that have kept momentum in the round going. The par putt on seven today, the par putt on ten, the par putt on 11. Those are huge putts. They are bigger than some of the birdie putts because they keep you going and keep you in the right frame of mind. Those two parts of my game have been really good over the last couple days.”

McIlroy’s adherence to his own advice was close to exemplary, especially after an erratic start to his second round on Friday. Only in the opening six holes did the four-time major champion betray any sign of the sloppiness and erratic distance control that have been the dominant characteristics of his poorer play over the past few months. Standing on the seventh tee he had made only one par. But crucially, he was only one over par for the day. And there after he was steadiness personified. Not once did he drop a stroke over the closing 12 holes.

“The conditions today were a little more difficult than they were yesterday,” he acknowledged. “The breeze was up a little bit. I felt like the pin positions were a little tougher. It was tough to get it close to some of those pins. So I’m pretty happy with how I’ve started. There were a few birdies and a few bogeys thrown in there, but I steadied the ship after the sixth hole. Didn’t make a bogey after that. Made a couple of birdies. I feel like I could have shot another round in the 60s. In fact, I was a little disappointed walking off the 18th green. I had two good chances on 17 and 18 that I didn’t convert. But overall 71 out there today was a pretty good score. I’m in a nice position going into the weekend.”

All of which is more than a little ominous for those above and below McIlroy on the leader board. In all four of McIlroy’s Grand Slam victories he has been inside the top five after 18 holes. On Thursday evening he was sitting T-4.

“I’ve been in contention or around the lead in regular PGA Tour events or majors a number of times now,” he said. “Every experience in those arenas and those situations, you learn a little bit more each time. I know I don’t have to go out there and make a birdie on every hole, especially not on this golf course. In these conditions, pars are OK. Sometimes pars might be a little bit boring. You might feel as if you want to get a little bit more out of your round. But then you look up and you’re still there around the lead. That’s taken awhile for me to adjust to. … Golf is a game of making your misses not that bad and taking advantage of your good shots. So far this week, I’ve been able to do that.”

And listening to himself along the way.

“I’m constantly having a conversation with myself about staying in the present and taking one shot at a time—all the cliché stuff that you hear about,” continued McIlroy with a smile. “But it’s true. That’s all I’m doing. I’m just trying to get up there and hit the best shot that I can. After that, I try to figure out the best way to hit the next shot and the putt.

“So it’s very much been that way. I’m pleased with my thought process and where I am mentally. I don’t have to swing my best to play my best golf. But thinking the way I’m thinking right now is when I’ve been able to produce my best results.”

Sounds like he’s got it figured out. Now it’s all down to execution.

Feherty Shorts: On the farm with Fluffy Zoeller | Feherty |...

Masters 2018: Watch Phil Mickelson whiff on the first hole at...