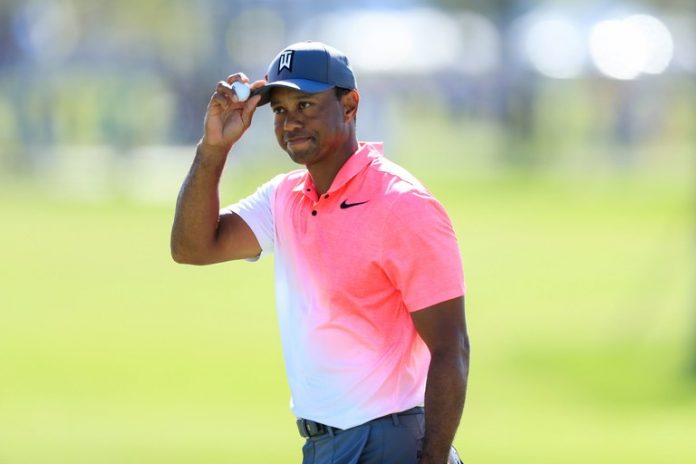 AUGUSTA, Ga. — The spotlight was off Tiger Woods on Saturday at the Masters, or as much as it possibly could be for the former World No. 1. Sure large galleries were still in tow as made his way around soggy Augusta National, but any talk of a fifth green jacket was silenced with his 73-75 start that left him 13 strokes off the lead and with a tee time nearly four hours ahead of the final twosome.

Out of contention, Woods at least had some little space to go find the feels that had gone missing the first two rounds. Yet by day’s end, it was more frustration than discovery.

An even-par 72 marked some progress, but really it hid more missed opportunities. Trouble off the tee—a two-way miss—resulted in Tiger hitting just four fairways on the day, his worst total of the week, and just one over the first nine holes.

Meanwhile, distance control with his irons continued to plague Woods, starting on the first hole. After hitting his drive in the left rough, he had just 106 yards in but proceeded to dump it short into a greenside bunker en route to an opening bogey.

The same happened on the second hole, Woods’ approach from 154 yards coming up woefully short into a greenside bunker. Another failed up-and-down, and Woods was reeling. 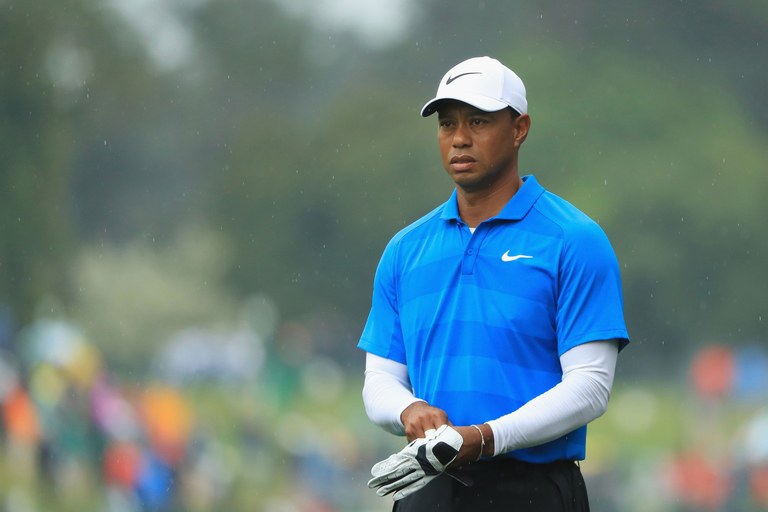 “I didn’t feel very good with my irons and it showed,” Woods said. “It’s been scratchy this week. I just haven’t gotten it done. … My swing’s just off with my irons just at the wrong time.”

Short wasn’t the only issue; long was in play, too, as Woods airmailed approaches on the par-5 15th and par-4 18th. The former was particularly bewildering as it meant that Woods hit just one of the par 5s in regulation (a birdie on the eighth).

“It was just like yesterday,” Woods said. “I’m not getting up there and not taking advantage of the par 5s and consequently a good round is even par.”

That said, there were rays of light. Woods hit the green on all four par 3s, making birdies on the fourth, sixth and 16th. And just hitting the green at the 12th was big deal after knocking it into the water on Rae’s Creek the first two days. Plus, he didn’t miss a putt from inside 10 feet, his short game helping salvage the round.

Still, the disappointment remained evident. Only once as professional had Woods entered the final round of the Masters outside of 20th place (T-38 in 2012). Come Sunday, he’ll begin the round T-41. Woods has a Sunday score in mind that would help salvage the week.

“I would like to get back to even par, that would be a nice goal. Maybe even one under, into red figures.”

To get to under par for the tournament, that would mean shooting a 67 on Sunday. You don’t put much past Woods, but to accomplish that means he’s got some work to do.

The best way to stop TOPPING the ball!

Vinny Del Negro on United states Century Championship | Past the...

Masters 2018: Follow all the first-round action from Augusta in our...