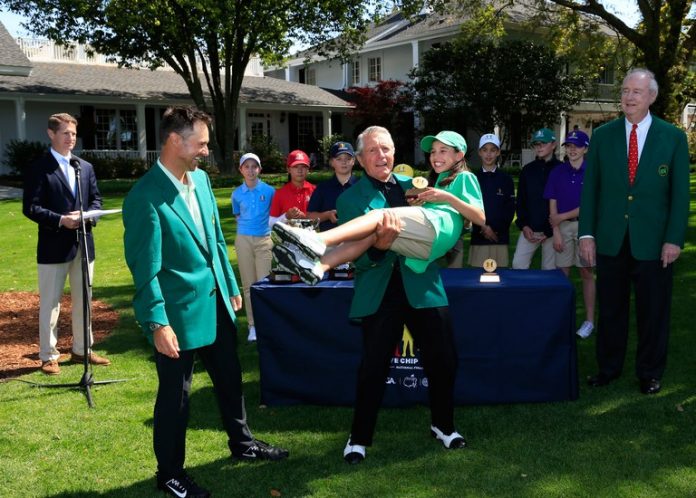 AUGUSTA, Ga.—Safe to say the Garcias will not be naming their next child “Firethorn.”

Sergio Garcia came to Augusta National’s 15th hole at two over in his first round as reigning Masters champ. His score was decidedly higher when walking to the 16th tee. After hitting a 320-yard drive on the 15th, leaving 200 yards and change, the Spaniard’s approach went into the water. As did his fourth. And six. And eighth. And, you guessed it, 10th.

It tied for the highest score in Masters history, and the highest score on the 15th, “beating” the 11s of Masashi (Jumbo) Ozaki, Ben Crenshaw and Ignacio Garrido. To Garcia’s credit, he bounced back on the 16th with a birdie. But it’s safe to say he won’t be defending his crown.

The very best Golf Drills You Can Do At HOME! |...

DJ withdraws from Pebble Beach Pro-Am; Koepka’s road back to the...

Charles Sifford Jr. discusses his father’s legacy | Beyond the Fairway...

Spieth breaks down ‘exciting’ course at Whistling Straits | Live from...