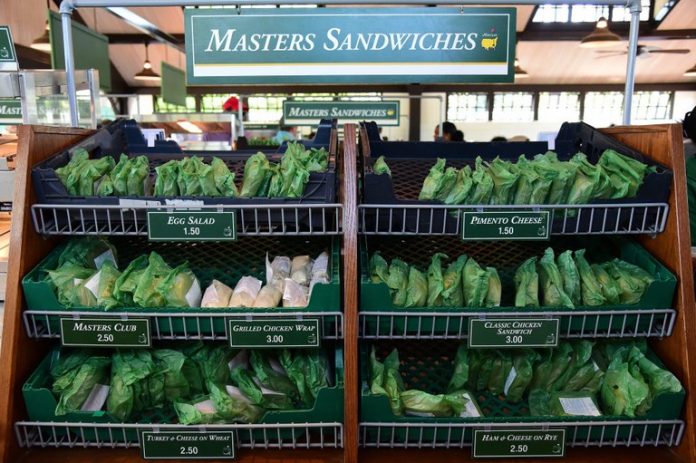 AUGUSTA, Ga.—At the Masters, the course takes center stage. Following a close second are the players. Far away from the spotlight, however, are those who populate Augusta National: the patrons. In every sense, they are a different breed. But though they are one as a background on the telecast, they are not of the same ilk. Here are the 15 patrons you see at Augusta National.

He’s been to SO many Masters. And he wants you to know it.

We’re not talking about the guy who goes in with wide eyes and maxes out his credit card, because that’s nearly every darn patron on the property. Rather, this designation belongs to the schmuck who views his badge not as a passport to paradise but as a money-making opportunity. This guy snags 60 flags, two dozen shirts and countless coasters, putting all said items on eBay for five times the purchase price. I hate this guy.

Usually one making their inaugural pilgrimage, something dreamed about for a lifetime, and now that he’s finally on the property, the gravity of the moment is too much. “Do I head to Amen Corner? The 15th? Walk the Par 3 course?” He’s so overstimulated he’s almost paralyzed. And yes, we’ve all been that guy.

Trying A Bit Too Hard To Flaunt His Masters Knowledge Guy

This guy brazenly rattles off the names of holes, reminds you that Augusta National once hosted a major besides the Masters, and can tell you where the green jackets are made. In short, he can get on your nerves in two winks of a coal miner’s eye…and as I type, I realize I’m totally this guy. (And for those wondering, that other major was the 1937-38 Senior PGA Championship.)

The Masters boasts the most conversant, informed and well-behaved gallery in the game; alas, there is a heavily sprinkling of bros who are only here to catch a gnarly tan and marinate in the good vibes.

“What do they use on this, Scotts’ Turf Builder? That’s a quality product…Appears they set the blade length at a quarter-inch, certainly an interesting choice…And I love how the pine needles are used as a framing device. Might have to try that at home.” I suppose I could have just labeled this as “Dad Guy” and you would have received the message. 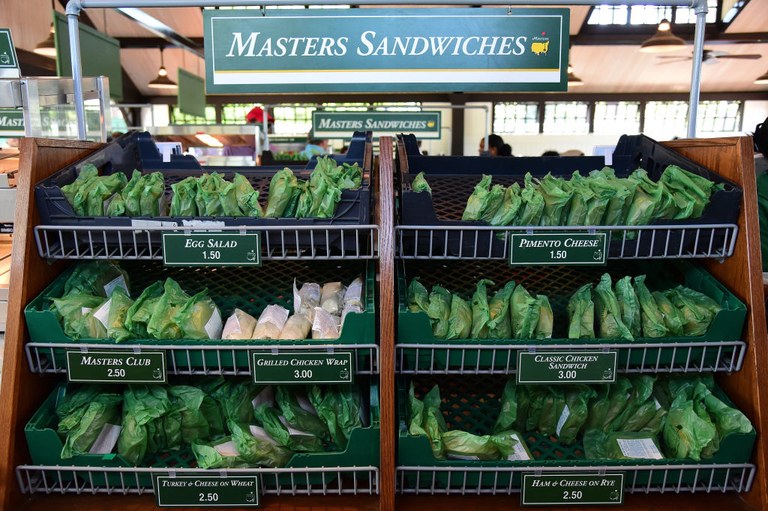 “I Can’t Believe These Prices!” Guy

Be it his first concessions stand trip visit or the seventh, he’s thunderstruck that a sandwich, at a sporting event, costs less than $4. “And that’s the way it should be!” he gleefully exclaims.

Inarguably one of the coolest emblems in sports, but do you really need it on your shirt, glasses, hat, belt, shorts AND socks?

Yes, this guy’s at other athletic events, yet—given the aforementioned decorum of the patrons—this guy stands out at the Masters. FACT: This guy is wearing Ray Ban croakies 97.8 percent of the time.

Distant cousin of “Just Here To Party” guy, this cat doesn’t have a clue about the Champions Dinner, or why on Earth players are skipping balls across the 16th pond. If he engages you, try your best to educate. And when he asks, “So is the Masters here every year?” refrain from violence.

Didn’t pick up on this until my fifth visit to Augusta, but it’s spread like an epidemic. Usually involves a college-age patron looking out on No. 13 fairway or down upon No. 2 green, gauging the scenery and remarking, “I don’t know, I was at (fill-in-local-golf-course), and this looks easier than that.” Moral of the story: kids are idiots. 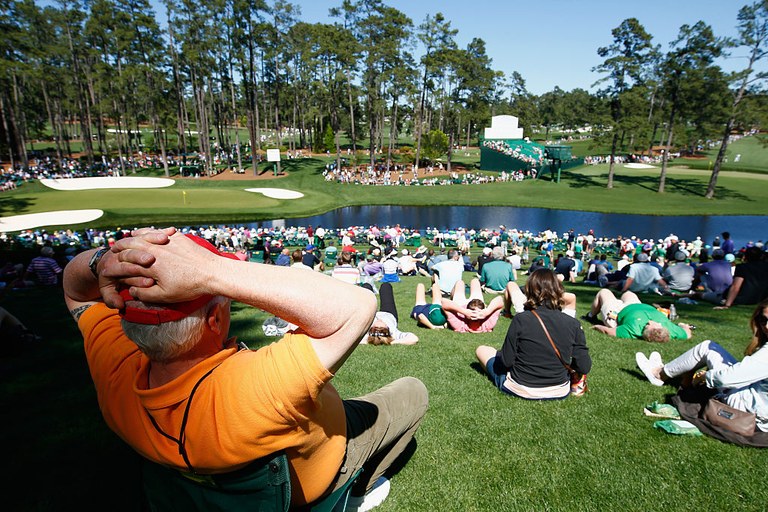 You see this more during the tournament rounds than practice days, but this guy “fast walks” from the gate to a spot on the course, sets up his chair…and is there for the rest of the day. Forget the hundreds of acres of beauty to explore; this guy sets up shop on the 16th and he’s holding down the fort.

“I Forgot Augusta Was This Hilly” Guy

Said by guy as he takes his shoes off on a picnic table and rubs his feet in agony.

If you’re wearing a suit to Augusta National and it doesn’t involve a green jacket, you’re doing it wrong. Also, get over yourself. So you’re the vice president of an executive-helicopter-leasing company. Big deal. Only people that matter this week are the ones inside the ropes.

Dragged My Wife Along And Now I’m Regretting It Guy

I once saw a poor bastard make the walk back to the parking lot before noon as his significant other remarked, “I don’t know why you didn’t tell me it was going to be so long.” No matter what you think about the above, please, don’t be this guy.

Experts 2018: Bubba Watson was therefore sure his trick shot putt...