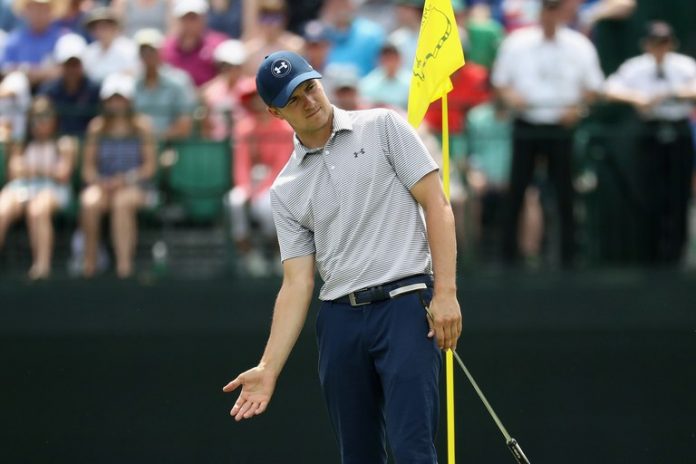 AUGUSTA, Ga. — Welcome to the Masters morning rundown, your one-stop shop to catch up on the action from Augusta National. Here’s everything you need to know for the morning of April 3.

Tiger Woods and Phil Mickelson, battling it out on the back nine come Sunday. Of the Sunday permutations possible at the 2018 Masters, it’s hard to envision a scenario topping that. While it’s best to keep that dream at bay, if only to maintain sanity, the two will give patrons a preview of what may reside on the horizon.

Speaking to the media on Monday following his practice round with Woods, Fred Couples revealed that the 14-time major winner will tee it up on Tuesday with Mickelson, who is gunning for his fourth green jacket. Couples will join the Hall of Famers, along with Thomas Pieters.

“Me and Thomas may just sit back and watch,” Couples said.

Though a time was not divulged, if Monday’s vibrant scene was any indication, the patrons will await, and greet, pairing’s arrival with gusto.

No, it wasn’t the thunder that famously engulfs the property on Sundays, but Woods provoked a bellow on Monday afternoon, thanks to some magic at the second hole. Tiger soared his second shot over the green at the par 5, leaving a tricky pitch. A difficulty that made the result all the more spectacular:

Spieth now one of Masters favorites

While Tiger-mania is alive and well at Augusta National, it appears the general public has slightly cooled on the 42-year-old’s green jacket prospects. In the latest Masters odds update, the Westgate Las Vegas Superbook dropped Woods from 9/1 to 12/1, meaning Tiger is no longer the tournament favorite.

The top spot is now filled with a foursome of stars at 10/1: Dustin Johnson, Rory McIlroy, Justin Thomas and Jordan Spieth. The reigning Open champ’s figure had fallen over his (relative) slump this winter, but his T-3 performance at the Houston Open instilled hope that Spieth is peaking at the perfect time. Given his track record at Augusta National, it’s a position earned.

Other notables include Justin Rose at 14/1, Phil Mickelson and Bubba Watson at 16/1, Jason Day at 18/1 and Jon Rahm at 20/1. According to Westgate’s Jeff Sherman, though Woods has received the most bets, Rickie Fowler (16/1) has drawn the most money wagered.

When it comes to impressionists, Jay Pharoah is the G.O.A.T. But if the portrayal involves golf, that titles goes to Conor Moore.

Moore, a comedian out of Ireland, released a video of featuring 11 player impersonations, and the depictions are stone-cold striking:

As our Alex Myers noted, we’d like to see a Phil Mickelson turn in the sequel, and perhaps a dive into announcers—Nantz, Feherty, Miller. If you’re reading this CBS, get this man to Augusta ASAP to handle the post-round interviews. 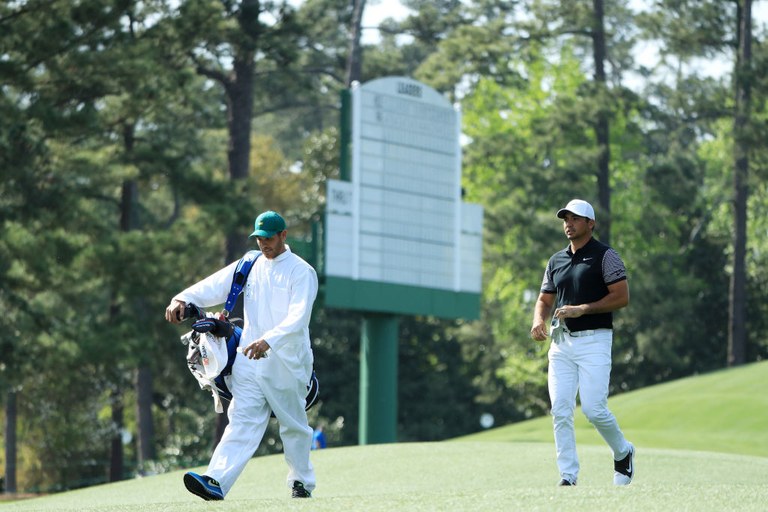 Somewhat lost in the revival of Woods and Mickelson has been Jason Day’s return to formidability. The former No. 1 in the world won at Torrey Pines, finished runner-up at Pebble Beach and enters Augusta ranked ninth in strokes gained. He seems more at peace than he was a year ago, a sentiment that’s paralleled to improved play. Which also explains why he’s unfazed by change heading into the Masters.

Following last year’s bumpy campaign, Day parted ways with Colin Swatton, and has employed two friends to man his bag this season. Though Rika Batibasaga was Day’s loop for his Farmers Insurance Open win, it’s also his first time working on the Georgia property. But despite this lack of reps, Day views Batibasaga’s presence as a plus.

The adjustments don’t stop there, as Day, unhappy with his iron play at the WGC-Match Play, has a new set of sticks in his bag. For some, making an equipment switch so close to the Masters would wreak havoc. But with his refreshed state of mind, there’s a palpable sense of composure from Day. An outlook that translate to a green jacket run this week.

This particular Makes The Driver Swing A lot Easier | How...