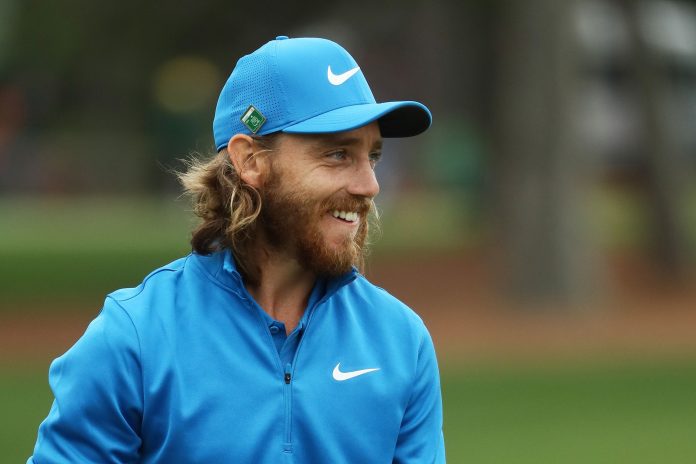 AUGUSTA, Ga. — Tommy Fleetwood hadn’t performed badly over the first 45 holes of the 82nd Masters. Not at all. Two under par for 2½ trips around Augusta National represented a decent level of play. But, Fleetwood was so far off the lead, it is also safe to say few outside the young Englishman’s family were paying much attention to his efforts.

That anonymity was soon to change. A miss from six feet for a 3 on the 11th green was the unlikely harbinger of a five-birdie run that catapulted Fleetwood to at least the fringe of contention. The only pity is that he signed off with a bogey 5 on the 18th that turned 65 into what he jokingly labelled “a disappointing 66.”

“The front nine was sort of steady, but I played great from the get go,” he said. “I hit two good shots into the first, and right away I was in a good rhythm. I had my chances the first 11 holes and didn’t make enough of them. So it was nice to hole one on 12 and then just get on that little bit of a run. It’s strange coming off Augusta disappointed with a 66, but it was a very, very good day.”

Fleetwood has had a few of those over the last 16 months or so. In that time, he has picked up three victories on the European Tour and topped what used to be called the Order of Merit, the Race to Dubai. He is, as European No. 1, the leader of a large pack of young Englishman making quite an impact on the professional game at the highest level. Between them, they have 13 victories on their home tour in the last three seasons.

“That’s been happening for a few years, but only two years ago, I was not close to being part of it,” Fleetwood acknowledged. “So it’s been nice to be talked about as one of the guys that are doing well, whether it’s from England or Europe or wherever. It’s nice to have my game going in a good direction.”

As Fleetwood hinted, it wasn’t always so for him, however. After a distinguished amateur career that included victories at the 2009 Scottish Amateur Stroke Play and 2010 English Amateur, Fleetwood’s first win on the European Tour came in 2013. But one year earlier Fleetwood arrived at the South African Open, his final event of the season, in a lowly 124th place on the Order of Merit. In other words, something special had to happen. And it did. Shooting a 69 in the last round, Fleetwood finished T-6 and hauled himself up a card-saving 14 places on the money list.

RELATED: These pictures of Tommy Fleetwood without his long hair are amazing

That year, 2012, in fact, may yet turn out to be the most important of Fleetwood’s career. He did not react well to his first taste of adversity.

“I spent a lot of time sulking,” he admits. “I wasn’t playing great, but I bet I’ve played worse this year and scored better. I just wasn’t ready. My short game was bad. It was the first time I had really lost form. And I didn’t know how to cope with it.

“I would go home at weekends and sit in my chair and think about what I was doing wrong. I should have been out trying to fix those things. It was mostly short game. I was hitting it OK. But I had lost confidence and the ability to score. And it’s hard to get out of that rut. I would start with three birdies and still shoot two over. I couldn’t do anything right. And as you do when things are not going your way, I missed a bunch of cuts by a shot.”

All of that is in the distant past. And Fleetwood is right to look on his second visit to the upper reaches of major championship play—he played alongside eventual champion Brooks Koepka in the final round of last year’s U.S. Open—as the next step on a career ladder that has a few rungs left to climb.

“I’m trying to win consistently in Europe,” Fleetwood said. “But I’ve come over and played in America this year a bit more. I guess I want to win here, too. And getting up there on the leader boards in majors—I’m guessing that comes before winning one, most of the time.

“So I’m on the right track and I’ve just got to keep improving. Majors are the toughest tests, and that’s where your game gets found out most of the time. If you can perform and have confidence on the major courses, it’s going to help you all the way through no matter what you’re doing.”

How you can Hit The Ball Directly | 9 Shots Along...

Experts 2018: The five most interesting stats from Thursday' s 1st...