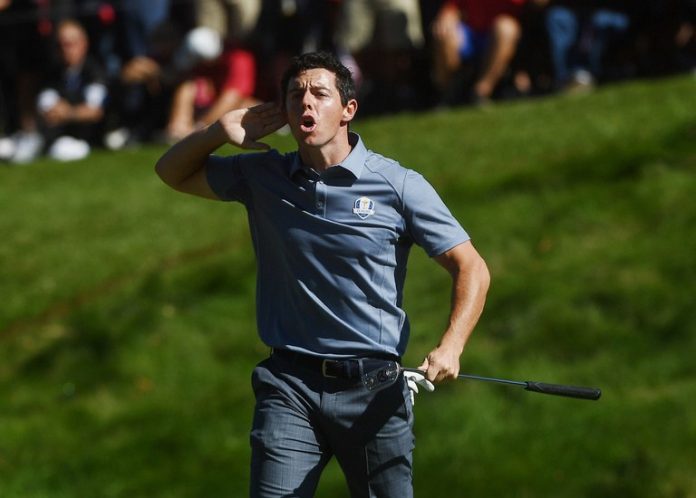 AUGUSTA, Ga. — It’s easy to fall into the trap of looking at Sunday’s final pairing at the Masters of Patrick Reed and Rory McIlroy as a rematch of their epic 2016 Ryder Cup tilt at Hazeltine National, won by Reed, 1 up. But both of men insist things will be will be far different at Augusta National as they vie for 2018’s first major.

For starters, the two aren’t the only players that’ll be trying to win the green jacket. While Reed holds a three-shot lead over McIlroy, behind them lurk Rickie Fowler and Jon Rahm, playing together in the second-to-last twosome. While five and six strokes off the pace, both golfers are capable of posting low scores—they each shot Saturday 65s—that could turn the final 18 holes into a three- or four-way shootout.

Second, the setting will be far different from the partisan mosh pit seen two Septembers ago in Minnesota

“It will be calmer,” Reed said. “There’s a lot of stuff that you can do at Ryder Cup that you can’t do at Augusta National.”

That’s not to say the energy won’t be intense. It’s just that it will be more civil. 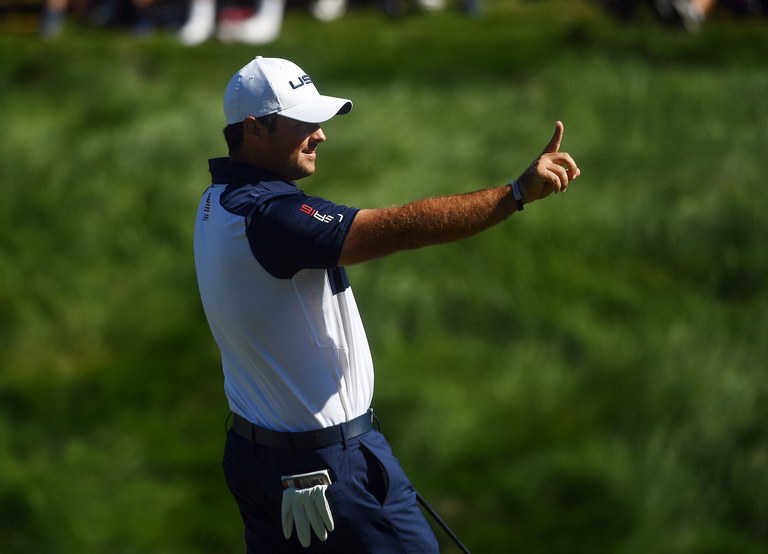 Reed playfully wagged his finger at McIlroy when the two battled on the front nine at Hazeltine.

For his part, Reed says his focus won’t be on any one player but rather the only thing he can directly account for as the 27-year-old takes his first-ever lead into the final round of a major while also trying to win the first of his career.

“I’m not out there to play Rory,” Reed said. “I’m out there to play the golf course. At the end of the day, if I go out and I feel pleased with how I play, then, you know, it should be an enjoyable Sunday night.”

In a similar fashion, McIlroy says he’ll sit down Saturday night and map out a plan for Sunday, one in which he’ll come up with a target score that will be his focus as the 28-year-old from Northern Ireland looks to make history with a victory that will give him the career Grand Slam.

“I said to myself [today], don’t concentrate on [the leader boards] too much,” McIlroy said. “Try not to look at them. It’s hard not to, but I just wanted to set myself a target today and go for that. Tomorrow, I’ll obviously know what Patrick Reed is doing, but apart from that, I’m going to set myself a target, try to get to that, and hopefully it’s enough.” 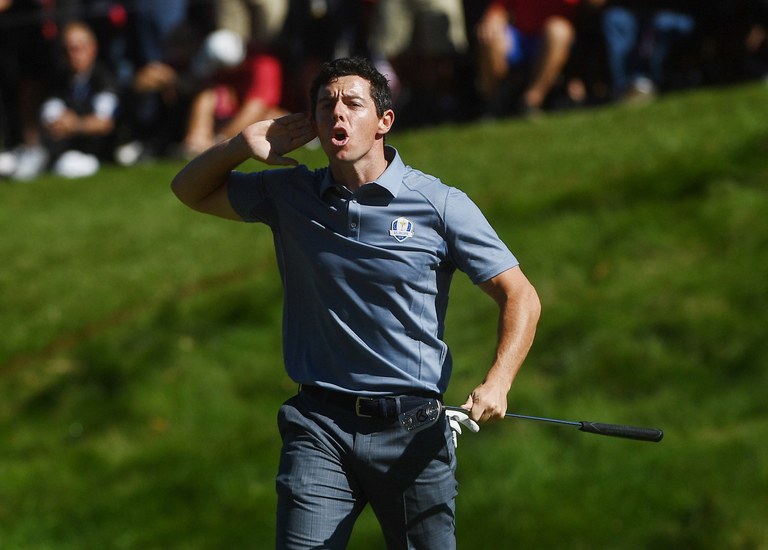 McIlroy wasn’t afraid to poke back at Reed (and the fans) with his own showmanship.

Appreciating that the fans won’t be quite as vocal in their backing of Reed as they were at Hazeltine, McIlroy suspects Reed’s local ties—having played at Augusta State in college—could mean he’s the one people are pulling for. It’s a variable he’ll prepared to contend with as well.

“I think it will be slightly different. It’s not Europe versus America. It’s hopefully not such a partisan,” McIlroy said. “But Patrick went to Augusta State. He’s not a local, but he played very good golf here when he went to college, and I’m sure he’ll have a lot of support.”

Mike Burns takes command with AT& T Byron Nelson after Round...

Most severe shots from Valero Tx Open Round 1 | Golf...