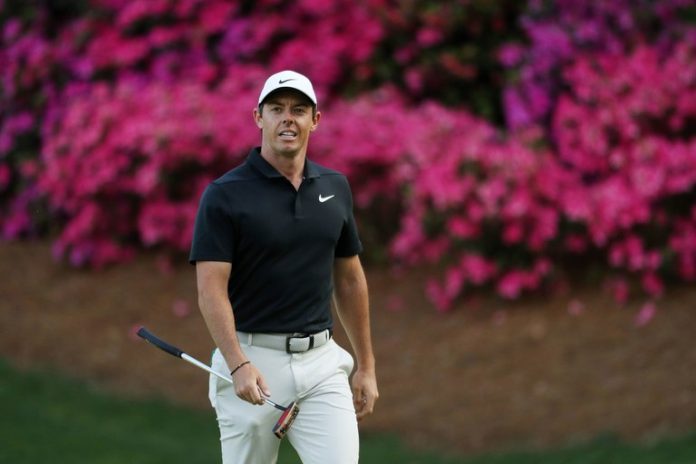 Patrick Reed maintained his two-shot lead midway through the third round of the Masters Tournament but Rory McIlroy and Tommy Fleetwood were piling on the pressure at Augusta National.

McIlroy – chasing the career grand slam – began the day four shots behind the American but had caught him after eight holes as he picked up five shots on his best ever Masters front nine.

Reed then birdied the eighth and ninth to nudge back ahead at 11 under on an afternoon of remarkable quality golf.

Fleetwood was the form player on the course, making five birdies in a row from the 12th to get to seven under with two holes to play.

Rahm made a birdie-birdie start to move six off the lead as many of the leading contenders made fast starts and Fowler got the first big roar of the day with an eagle from 25 feet.

He then holed a brilliant 42-footer on the fifth to get to five under and he was soon joined by McIlroy who – after saving par on the first thanks to a fortunate bounce out of the trees – rolled home a 20-footer on the third.

The group four off the lead then swelled to three as Rahm chipped in for eagle on the eighth but he could not keep pace with McIlroy and Fowler.

The American put his tee-shot on the sixth to 11 feet for another gain but McIlroy holed a 19-footer on the fourth to join him at six under.

Reed had parred the first two holes but saw his second at the third roll back off the green and his lead was cut to one as he failed to get up and down.

Fowler took advantage of the par five eighth from 20 feet but McIlroy hit a stuning tee-shot to tap-in range on the sixth as the pair ramped up the pressure on the leader.

Rahm hit a stunning approach to the tenth to sit just two off the lead but Reed responded to the moves in fantastic fashion, holing a 19-footer on the firth to get back to nine under.

Leishman had started his round with six straight pars but he went a long way right off the tee on the seventh and then failed to get up and down from a bunker for a first bogey of the day.

McIlroy then produced a moment of magic, finding a tough spot to the right of the eighth but bumping a chip into the bank and seeing his ball roll in for an eagle and a share of the lead.

Playing partner Stenson had bogeyed the second after needing a drop off the tee but had a chip-in of his own on the seventh and when he took advantage of the eighth with a birdie, he was just three back.

Fleetwood soon joined him there as he made a stunning charge on the back nine.

The reigning Race to Dubai champion took advantage of the fifth and birdied the ninth from five feet before making four in a row from the 12th.

He holed from 24 feet on the par three, got on the 13th green in two and down in the same amount, put his approach to two feet on the next and then made the most of the 15th.

Reed did not wilt, however, and he played the eighth in textbook fashion, holing from nine feet to get to double figures.

Rahm looked set for a bogey on the 13th after finding the water but hit the pin with his recovery and saved par.

Fleetwood had no such troubles ahead on the 16th, hitting his tee-shot to seven feet to make it five in a row and get within three of Reed.

Dustin Johnson and Justin Thomas were five under.