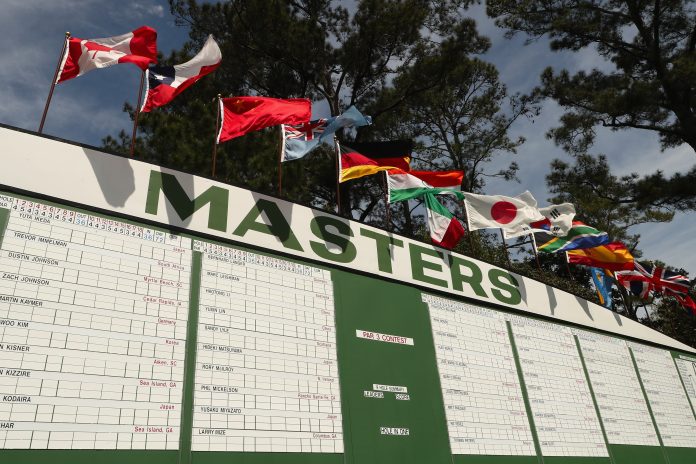 As one of the most eagerly anticipated events in golf, it’s no surprise fans across the globe annually search out that little bit of Masters Tournament trivia to impress their fellow aficionados. However, even the most enthusiastic Masters patrons might learn a thing or two from the following list of nuggets.

1. Three Scotsmen have won at Augusta…

There have been eight European winners of the Masters, one of whom was 1988 Champion Sandy Lyle. However, he isn’t the only Scot with a decorated history at Augusta National Golf Club.

2. A Tradition… of innovation

The Masters is all about tradition. Ironically, however, the real Masters tradition is one of pioneering. The Masters was the first tournament to build bleacher seats for their patrons, and the first to use rope to separate players from the large galleries in attendance, so you have the Masters to thank for that burning desire to get “inside the ropes”.

Did someone say scoring? The Masters was also the first golf tournament to use the over/under par system—a significant upgrade from the confusion of live aggregate scoring.

3. A trademark unlike any other

The year’s first Major Championship has become so popularly referred to as “a tradition unlike any other,” that Augusta National Golf Club has trademarked the term. You can actually purchase official Masters merchandise with this slogan.

The phrase is credited to American CBS broadcaster Jim Nantz, who subsequently claimed that the phrase was born out of his work with former CBS broadcaster Doug Towey and “the father of televised golf,” Frank Chirkinian.

4. The US Open that never was

The course—no pun intended— of golf history may have been altered forever had Augusta National co-founders Bobby Jones and Clifford Roberts had their way.

Jones and Roberts had originally petitioned the United States Golf Association to host the 1934 US Open. However, the USGA rejected the request, and the Augusta National Invitation Tournament was born.

The coveted Green Jacket was not originally awarded to the Masters Champion. Initially, the jackets were worn only by members—beginning in 1937— so that patrons with queries could easily identify members.

In 1949, the tradition of awarding the Green Jacket to the tournament champion began, with Sam Snead becoming the first winner to be given one.

Robert Tyre Jones Jr., better known as Bobby, was a man of many talents. He created Augusta National, as well as its famed tournament, and he won golf’s original Grand Slam—once referred to as the ‘impregnable quadrilateral’. The American retired from competitive golf at age 28 to pursue a career in law, studying at the prestigious Harvard University, and, perhaps most impressive of all, he somehow managed to accept $120,000 for a golf instructional series he filmed in 1930 without ever having to relinquish his status as an amateur.

The list of accomplishments is incomplete, however, until you add ‘international spy’ to it.

In 1942, Jones was commissioned as a captain in the Army Air Corps where he was taught intelligence surveillance, eventually applying his skills in Germany, where he collected intelligence. He was honourably discharged in 1944.

7. Amen, a cornerstone of history

Amen Corner, commonly thought to refer to the 11th, 12th and 13th holes at Augusta National Golf Club, is technically comprised of only the second half of the 11th, the 12th and the first half of the 13th, before the par five doglegs around the corner. The term was coined in the April 1958 issue of Sports Illustrated by Herbert Warren Wind— which is fitting considering that a swirling wind plays a crucial role through this stretch. Wind drew inspiration for the phrase from a 1930s jazz recording called “Shouting at Amen Corner” by Mezz Mezzrow.

8. The Masters does not begin until the front nine on Sunday?

It has often been stated that, “the Masters does not begin until the back nine on Sunday,” and a great many number of competitors can surely attest to this.

However, the iconic back nine, with its birdie opportunities, Amen Corner and legendary final hole, was in fact the front nine for the first playing of the Augusta National Invitation Tournament, despite Alister Mackenzie’s original design for it to be the inward nine. Fortunately for golf fans, the nines were switched back to their original order for the second hosting of the tournament to avoid frost problems at the low-lying 10th and 12th holes, allowing tee times to begin earlier.

A double or quits 19th hole, given the same name, was part of the original designs for the course. Although it never materialised fully, it’s just another part of the mystique surrounding one of the world’s most iconic golf courses.

Charles Barkley calls Steph Curry a ‘flash in the pan’ |...

3 MUST DO’S With Your Irons | ME AND MY GOLF