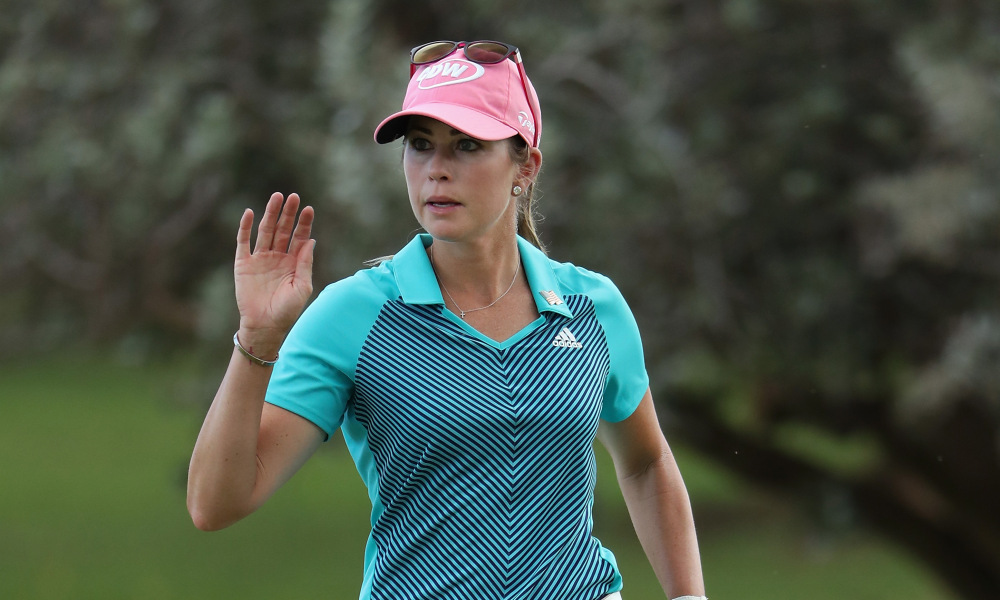 Paula Creamer returns to the LPGA Tour this week at the 2018 Bank of Hope Founders Cup after the longest absence of her professional career. She returns after off-season surgery, a coaching change and separating from her husband.

Speaking ahead of the Phoenix tournament, Creamer said she is in the process of divorcing her husband of three years, pilot Derek Heath.

“Derek and I are no longer together,” Creamer said, according to Golf Channel. “We want to keep it as private as we can, but I am back out here, and I am beyond excited to be back out here.”

Her golf career, meanwhile, is coming back together after pulling out during the first round of the 2017 Evian Championship in September with a wrist problem. She had intended to play in the McKayson New Zealand Women’s Open, but she withdrew. Ultimately, she had surgery on her left wrist in October to repair “intersection syndrome,” an inflammation to the tendon.

Creamer had been out six months until this week, and she seems ready and excited to get back to golf.

“I definitely have put a lot of focus and energy in my golf, and I feel great,” Creamer said. “I feel as strong as I’ve ever been, mentally and physically.”

The Pink Panther has been dealing with injuries off and on for a decade now. She won the US Women’s Open in 2010 with a thumb problem nagging her, and she’s had other issues she’s faced. The rehab for this particular injury was especially difficult, and she’s paired it with a change in coaches from Gary Gilchrist as soon as late last season to now working with Kevin Craggs on what amounts to a total overhaul of her approach to the game. The safety approach is gone; now, it’s grip-and-rip it.

The whole experience has made her question if 10 wins and a major is good enough.

“I think it made me realize just how bad, how much fire, how much I want to achieve in this game,” she said. “I look at what I’ve done, and it’s not good enough yet.”

Creamer, who hasn’t won since 2014, is aiming high with her return: She wants to get to No. 1 in the Rolex Rankings.

“I’ve worked hard, and my team has worked hard. We’ve done a really good job of getting me here,” she said. “Now, it’s just going out and playing.”

Exactly how Mickelson’s game has advanced | Live From the Experts...

They are the BEST forged irons within golf!