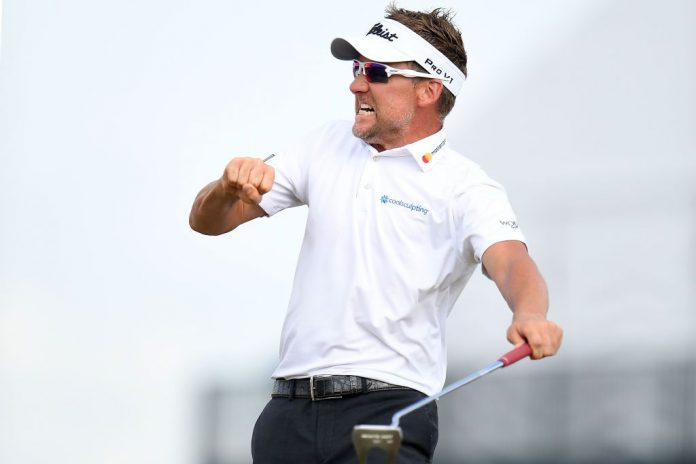 Ian Poulter believes his best is yet to come after playing his way into the Masters.

The Englishman needed a win at the Houston Open to advance into the year’s first Major and duly delivered, making a 20-foot putt for birdie to get into a play-off and then capitalising on a Beau Hossler mistake to win a play-off.

It is all a far cry from last season when the 42-year old thought he had lost his card in America before being handed a reprieve after a recalculation.

The win was his first in six years but Poulter is now fully focused on getting back to his best and earning a place at the Ryder Cup.

He told a press conference streamed by the PGA Tour: “It’s tough when you’re down, when you can’t see the light at the end of the tunnel, when everything seems to be going wrong, it’s hard, it gets you down.

“But it’s not the first time I’ve gone through some roller coasters. That’s as low as I’ve ever been, that’s as far down the world rankings as I’ve been, questioning whether you’ve got a Tour card or not – it isn’t very good.

“I’ve had 19 good years on tour and I guess I’ve got another couple coming.

With just one place up for grabs, only victory at the Golf Club of Houston would have been enough for the Englishman to earn his right to play in the season’s first Major after narrowly missing out through his World Rankings position and a mix-up during the WGC-Dell Technologies Match Play last week.

Poulter found himself 51st in this week’s World Rankings, with the top 50 players receiving an invite to Augusta National.  He thought he had done enough to qualify for this week’s event in Georgia, only to be told ahead of his quarter-final match against Kevin Kisner in Austin that he required another victory.

His chances of qualification looked slim when he carded a poor first round in Houston, signing for a one-over par 73 to sit 123rd after one round. However, he recovered to record a flawless eight-under on Friday and made seven birdies on Saturday to share the lead with Hossler ahead of the final round.

Poulter, who held a four-shot lead midway through the final round, trailed by one with three holes remaining after Hossler rattled in four successive birdies from the 12th. A 20-foot birdie putt at the last from Poulter extended the tournament, though, and gave him the chance to head to Augusta.

Hossler found bunkers with his first two shots when replaying the 18th, handing the initiative to Poulter, who kept his nerve to secure victory with a steady par and sealed his first title since the 2012 WGC-HSBC Champions.

Mike Burns ‘coming into their own’ with Charles Schwab Challenge win...

Can be Justin Thomas the best golfer on earth? | Morning...