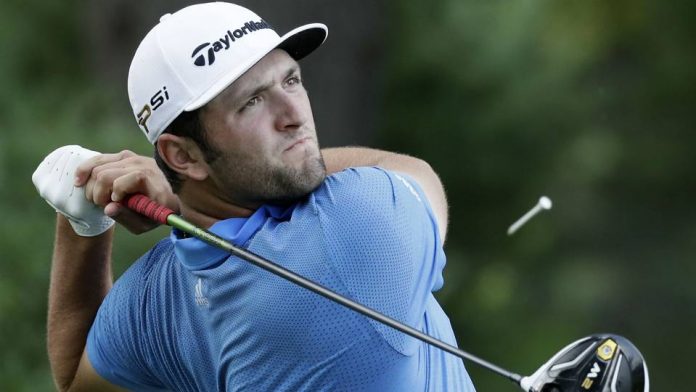 Jon Rahm will tee it up this week at Masters Tournament not only going in search of a first Major Championship but also the Number One spot in the Official World Golf Ranking.

Dustin Johnson has been top of the tree since February 2017 but Rahm would have replaced him in January had he won the Farmers Insurance Open on the US PGA Tour.

Justin Thomas would have moved to World Number One had he reached the final of the WGC-Dell Technologies Match Play two weeks ago but he was defeated in the last four by eventual winner Bubba Watson.

With things so tight at the top of the Rankings, we enter the year’s  first Major with three players in the hunt to replace Johnson at Number One, with Masters specialist Jordan Spieth the other man in the frame.

A win would definitely see World Number Two Thomas take top spot, while Rahm and Spieth – ranked third and fourth respectively – would need other scenarios to go their way even if they put on a Green Jacket on Sunday night.

Spaniard Rahm makes no secret of his desire to be regarded as the best in the world but he knows it is one of the most difficult things to achieve in the game.

“I think it’s obvious it’s a goal for every player and if they say it’s not, I don’t know what they’re doing, honestly,” said Rahm, who will make his debut at the Open de España next week.

“It was not expected to have a chance to become Number One in the world this early. I didn’t think it was going to be possible for me to do it given how good DJ played last year and towards the end.

“But it was great because I had a chance to know how that felt – that if I won the tournament I was going to have a chance to become Number One.

“You need to win to become Number One, nobody’s going to give it to you.

“I really have no idea how to do it, otherwise I would have done it already, and then I would be telling you. Like all of us, we just need to keep working hard and do what we believe is right for us and hope that it’s the best thing.”

You need to win to become Number One, nobody’s going to give it to you – Jon Rahm

Thomas will have another bite of the cherry after his near-miss in Texas and he found it hard to hide his disappointment after his semi-final exit, a feeling that has lingered to Georgia.

“That’s why I was a little upset with myself, that I got kind of wrapped up in last week, because I was playing my match to become Number One in the world instead of playing my match to have a chance to win the tournament and that’s very immature of me.

“That’s very not mentally strong. It’s just unlike me, so that was frustrating.

“But it is a huge deal and when and if it’s meant to be, and however long, that it will happen. So I just need to go out and try to play well this week.”

Johnson is known for being one of the most laid-back players in the game and his approach to his current position was typically philosophical.

“I try not to think about it too much,” he said. “Especially if I’m on the golf course because it doesn’t really matter.

“Sometimes I’ll sit and think about it. It’s a pretty big accomplishment and I’m definitely proud of myself for making it to Number One but, most importantly, I want to stay here. To do that I’ve got to keep pushing myself and keep working hard.” 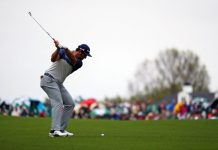 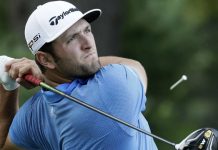 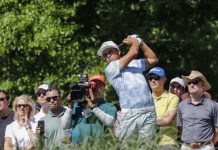 Creating my own golf shoes…. badly 😅