Jon Rahm achieved his best finish at a Major Championship at the Masters Tournament and is hoping to use it as a springboard to even greater success in golf’s four biggest events.

The Spaniard has already proved he can perform on the big stage, claiming two Rolex Series wins last season en route to finishing third in the Race to Dubai.

Those two victories helped propel the 23 year old to third in the Official World Golf Ranking but he still believes he has a lot to learn and hopes that his fourth-placed finish at Augusta National can stand him in good stead.

“I didn’t panic, which is the one thing I really want to learn about myself,” he said. “It’s one thing to win a Tour event but a Major is very different. I didn’t panic at all. I felt really comfortable. I loved the situation, I loved that hunt.

“Hopefully, next time I go into the back nine in a Major I’m the one in the lead and get to experience that.

“Hopefully I have proved to myself that I learn fast and I keep learning and learning. I learned from last year’s mistakes and I always try to learn from my mistakes so, hopefully, next year I’ll have a good showing here and I have another chance to win a Major this year.”

After back-to-back birdies on the 13th and 14th, Rahm was still in with a chance of victory but finding the water on the 15th led to a bogey that ended his hopes.

“There weren’t many downs,” he said. “The only down I would say is the second shot on 15. You know, it’s sad. It’s sad too because I played so good the last three days and that one shot, one shot where I feel like I made a perfect swing and wound up in the water. It’s just hurtful.

“It’s actually two of them, 13 yesterday and today on 15. Besides that I think I handled myself really well. I played good golf, gave myself plenty of opportunities. I wish I would have made a couple more putts, but it is what it is, it’s hard to win a Major Championship.”

Rory McIlroy achieved a fifth consecutive top ten at Augusta National but is still waiting for the victory he needs to achieve the career grand slam.

He entered the day three shots off the lead before a closing 74 left him six shots behind Patrick Reed but despite that disappointment, McIlroy is confident he has all the tools to win the Green Jacket.

“I played probably some of the best golf I’ve ever played here, it just wasn’t meant to be,” he said. “Of course it’s frustrating and it’s hard to take any positives from it right now but at least I put myself in a position, that’s all I’ve wanted to do.

“For the last four years I’ve had top tens but I haven’t been close enough to the lead. Today I got myself there, I didn’t quite do enough but I’ll still come back next year and try again.

“I think 100 per cent I can come back and win here. I’ve played in two final groups in the last seven years, I’ve had five top tens, I play this golf course well. I just haven’t played it well enough at the right times.” 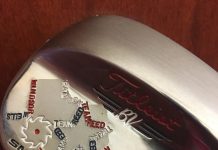 Masters 2018: The clubs Patrick Reed used to win the Masters

Pernilla Lindberg does the improbable, is better than Inbee Park on...

Koepka’s got his swagger back again; Sorenstam makes cut with Gainbridge...

Previewing the field at the Wells Fargo Championship | Golf Main...

Getting up with Stanford after the earn at the NCAA DI...