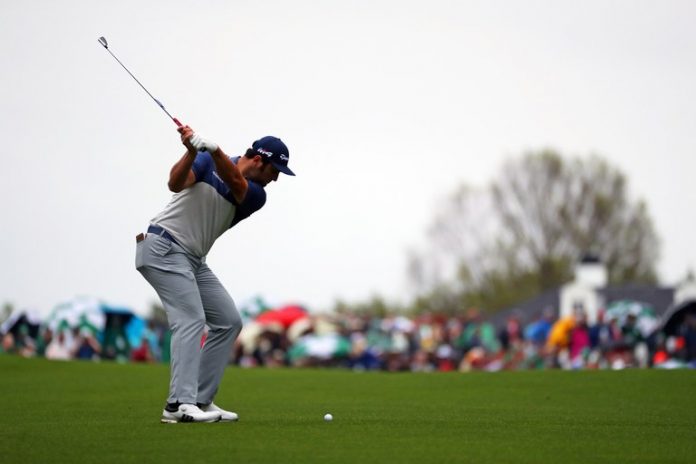 Jon Rahm is hoping to be the beneficiary of another dramatic Sunday at the Masters Tournament as he goes in search of a first Major Championship.

The Spaniard carded a brilliant bogey-free 65 on Saturday to move to eight under and sit six shots off the lead as he heads into a final round that could also see him move to Number One in the Official World Golf Ranking.

While Patrick Reed’s lead is formidable, it is not insurmountable around Augusta National, although Rahm believes he will have to put the cat amongst the pigeons early if he is to leave Georgia with the Green Jacket.

“There’s a lot of ground to make up,” he said. “I feel like how I’m playing tomorrow, I have to keep playing my game and I have to keep doing my thing and hopefully I get another good start.

“If you can get a really good start on that front nine and post a good score again, that back nine can be extremely long for the leaders. We know what can happen on that back nine on Sunday. It’s happened many times where a big lead disappears or even gets cut down.

“Hopefully I’m one of those who plays good tomorrow and has a chance.

“I just focused on keeping it in play. My iron game has been really solid all week so I just gave myself opportunities and today I was making them.”

Like Rahm, Tommy Fleetwood is also playing his second Masters and he made five birdies in a row from the 12th en route to a 66 that moved him within eight shots of the lead after starting the day at level par.

The Englishman has enjoyed a rapid rise in recent years, culminating in his Race to Dubai victory last season, and he now has his eyes on Major glory.

“If you look at steps in your career, I’m trying to win consistently in Europe,” Fleetwood said. “I’ve come over and played in America this year a bit more, and I guess I want to win in America.

“And getting up there on the leaderboards in Majors, I’m guessing that comes before winning one, most of the time. I’m on the right track and I’ve just got to keep improving.

“Majors are the toughest tests and that’s where your game gets found out most of the time. If you can perform and have confidence on the Major courses, it’s going to help you all the way through no matter what you’re doing.”

Henrik Stenson sits between the pair at seven under and while he already has a Claret Jug, he does not expect to be winning another of golf’s biggest four events on Sunday.

“I feel like I’m going to go out and try and finish with a solid round tomorrow, hopefully,” he said. “I think I’m a bit too far back but we’re going to come here tomorrow and keep on trying.”

Padraig harrington, Phil Mickelson takeaways from The Go with | Morning...