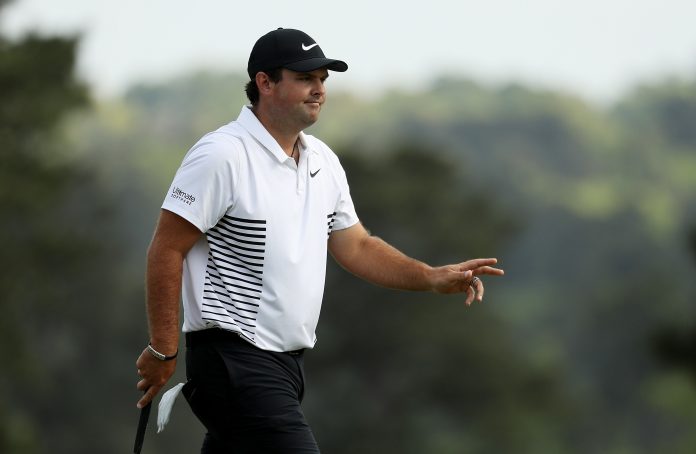 Patrick Reed fired a brilliant 66 to turn the Masters Tournament on its head and go into the weekend in a commanding position at Augusta National.

There were eight players tied for the lead at three under midway through day two but, playing in the last group of the day, Reed made nine birdies to get to nine under and lead by two from Australian Marc Leishman.

There was then an intimidating chasing pack with 2016 Open champion Henrik Stenson at five under, a shot clear of Rory McIlroy – going in search of the career grand slam – and 2015 champion Jordan Spieth.

World Number One Dustin Johnson and World Number Two Justin Thomas were then at three under, with eight Major Championship winners in the top 13.

Reed is not among that number but the American Ryder Cup specialist is used to the big stage and is unlikely to be overawed by being in the final group at the first Major of the year on Saturday.

“Everyone wants to win (Majors) and if you don’t believe you can win them, then you probably shouldn’t be playing in them,” said Reed. “I believe that if I play the golf that I know how to play, that I can win Majors.

“I have to go in and not get ahead of myself, just take it shot by shot, hole by hole, like I’ve been doing. There’s a lot of holes left and I just need to go out and keep to my game-plan, play some solid golf and just go out and continue shooting in the 60s and see if it gets the job done.

“I don’t know how many times on putting greens I was like, all right, well, this putt is to win the Green Jacket.

“It’s one of those things that all kids growing up think about, and to have the reality to be able to sit up here after Friday and having the lead in the tournament, it’s great. But, you know, we’re only halfway. I’ve got a long way to go and just need to continue doing what I’m doing.”

Spieth had led by two at he start of the day but he started with a double-bogey and when he dropped another shot on the second, he had already been overtaken. He made another bogey on the seventh but birdied the 13th and 15th to set the clubhouse target alongside McIlroy after a 74

I believe that if I play the golf that I know how to play, that I can win Majors – Patrick Reed

The Northern Irishman bogeyed the first but holed a brilliant 30-foot right-to-lefter on the second and when he hit a big drive and chipped to four feet on the next, he was four under. He would then bogey the fourth and at that point, there was an eight-way tie for the lead.

Another bogey came on the sixth but he got up and down nicely on the 13th for a birdie and then holed a 27-footer on the next in a 71.

McIlroy and Spieth led in the clubhouse but Leishman and Reed were already past them after making a pair of birdie-birdie-birdie starts.

Leishman then made nine pars in a row and while Reed bogeyed the fourth, another hat-trick of gains from the seventh – helped largely by some impressive mid-range putting – saw him turn in 31 and lead by three.

A bogey followed on the tenth but he again made three gains in a row, taking advantage of the par five 13th and 15th and hitting a stunning approach to tap-in range on the 14th.

A three-putt bogey would follow on the 16th but the 27 year old was in command.

Leishman broke his run of pars with a birdie on the 13th but gave the shot straight back before hitting possibly the shot of the day, bending his second round the trees on the 15th to set up an eagle from six feet.

Stenson was level par after ten holes with two birdies and two bogeys before making a stunning chip-in on the 11th. He then flew his tee-shot into the back bunker on the 12th to drop a shot but holed a 28-foot birdie putt on the 14th and a 15-footer on the 17th in a 70.

Thomas fired a 67 with Johnson carding a 68, and the duo were a shot ahead of Louis Oosthuizen, Justin Rose, two-time champion Bubba Watson, Tony Finau, Rickie Fowler and Charley Hoffman.

Four-time champion Tiger Woods finished at four over to make the cut in his first Major since 2015.

Unpacking the flaws of the Official World Golf Ranking system |...