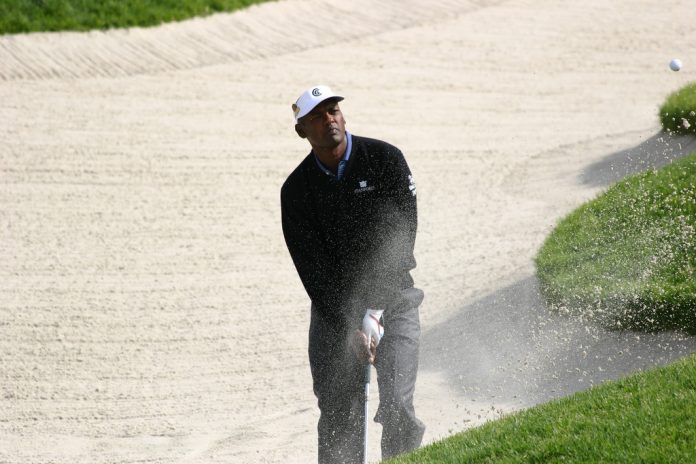 Vijay Singh rolled back the years to sit within one shot of the lead as the first round of the Masters Tournament got under way.

The 2000 champion at Augusta National Golf Club birdied three of his first four holes to jump out into the lead but two bogeys in a front nine of 35 left him a shot behind Australia’s Marc Leishman.

Swede Henrik Stenson was also at one under alongside Americans Charley Hoffman, Patrick Reed and Doc Redman, and Japan’s Satoshi Kodaira.

Singh put an approach to the first to six feet and while the 55 year old was right off the second tee, he played a nice recovery and showed more dialled-in iron play, putting his third to seven feet for another birdie.

When the Fijian got to similar range off the tee at the par three fourth and got to three under he led by two, but dropped shots on the sixth and seventh left him one behind Leishman at the turn.

The 2016 Nedbank Golf Challenge winner took advantage of the second with an approach to four feet and holed a 17-foot putt on the next to sit at two under.

Stenson holed a 27-footer for birdie on the fourth to sit at one under after four holes.

Amateur Redman was also one under through four, with Kodaira playing alongside Singh and Hoffman and Reed having both completed three holes.

The large group at level par then included Ian Poulter and Bernd Wiesberger, with defending champion Sergio Garcia, the returning Tiger Woods and reigning Race to Dubai champion Tommy Fleetwood all one over.

five Easy Tips That Will Make A GREAT Golfer FAST!

SHE IS A RECORD BREAKER – Stranraer Club – Part One

The most anticipated tee-shot of all time?