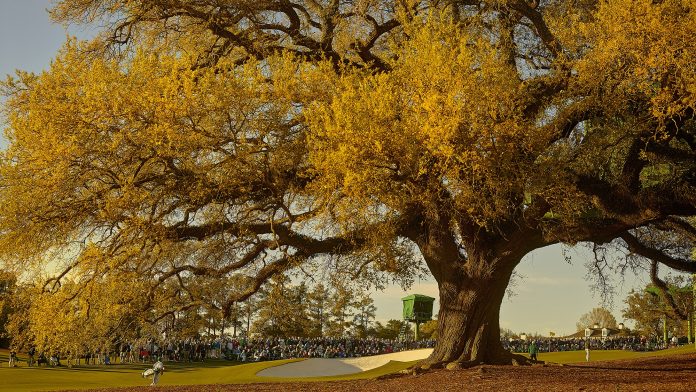 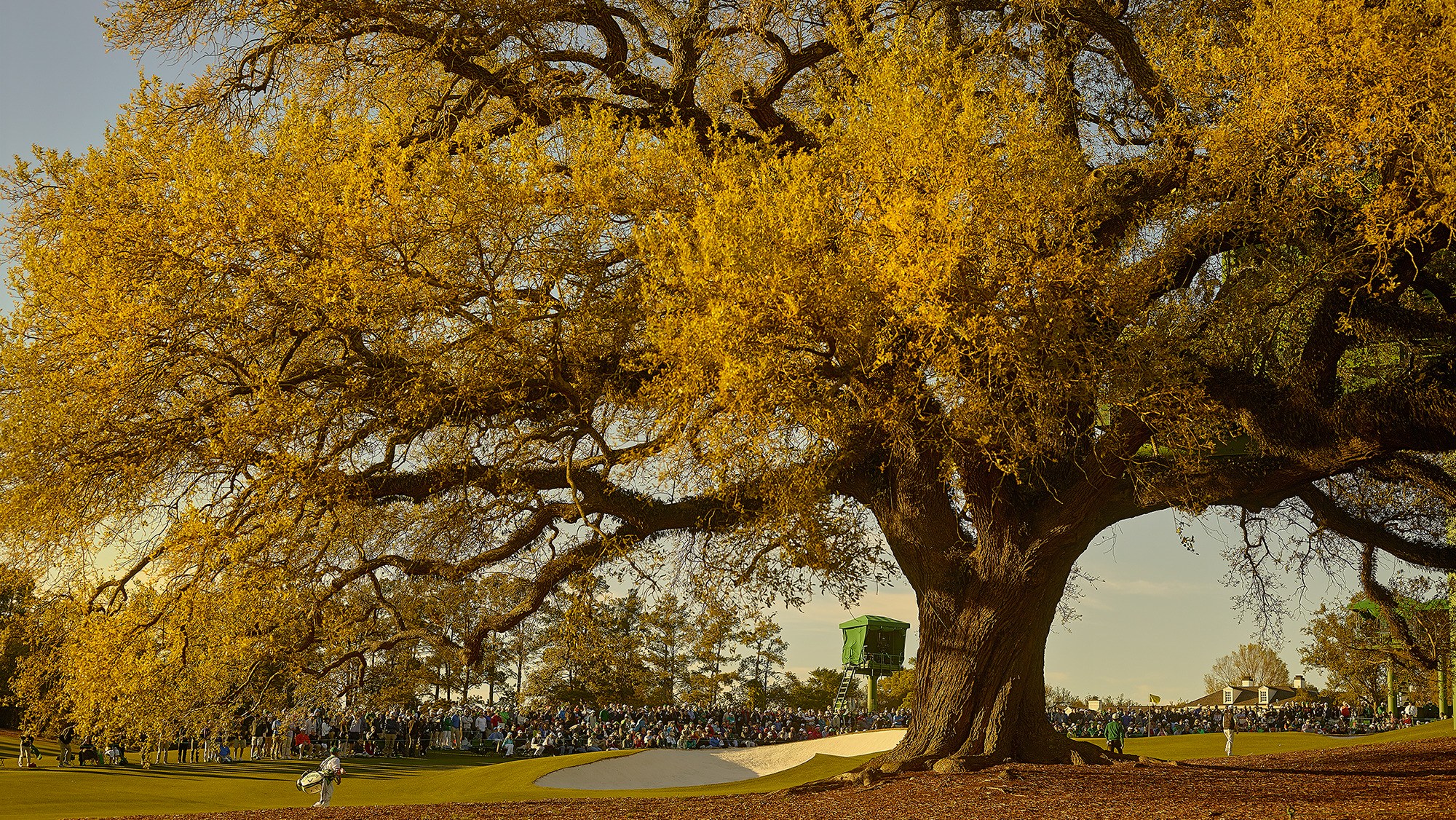 Golf courses tend to change with the times. In recent years, Oakmont, Pine Valley and other grand places have been returning to their roots, literally and figuratively, by deforesting sections of property to restore the designers’ initial vision, not to mention the grass.

At Augusta National, on the other hand, trees are revered—not a surprise when you christen the most heart-thumping opening drive in golf (automobile division) as Magnolia Lane. On the other side of the clubhouse sits a live oak that is the favorite meeting place before, during and after Masters Week. If you’re making plans, for instance, these are totally sufficient directions for regulars: “Meet you at 8 under the Big Tree.” On the course there was the Eisenhower Tree, a loblolly pine on the 17th hole that bedeviled the former president and his slice. When Ike’s Tree was finally felled by an ice storm in 2014, it was like a death in the family.

That leaves the live oak near the 18th green—the tree annually photo-bombed by the giant leader board—as one of the most prominent landmarks on a course known for them. Photos from the early 1930s show the tree wasn’t nearly as big then as it is now. It has grown to a height of approximately 45 to 55 feet, and its limbs stretch about 95 feet from one side to the other. If you’re having a hard time getting your arms around something that huge, this is also true: At hugging height, the trunk’s diameter is 5 feet, 5 inches, perhaps the largest live oak on the grounds.

The estimated lifespan is 200-300 years, though some live oaks are said to be over 1,500 years old. Support cables and lightning protection systems are used to help this particular specimen make it to old age.

Now it just needs a name. Let’s see: a flowing crown that billows a bit in the wind … a little extra girth … some intractable roots … right of center … an orange-ish hue, depending on the sun. Hey, Jim Nantz, call it the Trump Tree. We hear the president isn’t against having his name on things.

Alexandra O’Laughlin Gets a Tour from the Sky Sports Golf Set...

Experts 2018: Nostalgia and reality converge for Matt Kuchar at Augusta