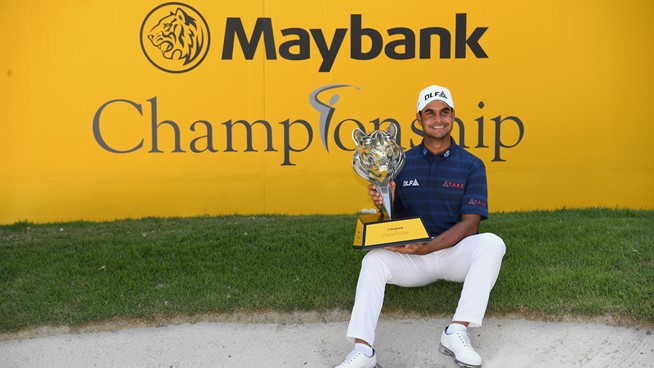 If you need any assurance of how unique the Masters experience is, just ask any of the 16 men who will be competing at Augusta National Golf Club for the first time next week. This year’s crop of rookies hail from seven different countries, spanning five different continents. Among them are six amateurs, thanks to the Masters’ tradition of inviting amateur champions from around the globe.

With one of the biggest weeks of their lives on the horizon, europeantour.com picks out three men to keep a close eye on in Georgia.

It takes more than talent to win twice on the European Tour by the age of 22. Li Haotong has certainly turned heads since bursting onto the scene in 2016 and ticks plenty of other boxes, too. The man from Hunan, who won his first title at the 2016 Volvo China Open, has a knack for going low on the final day, as he did on his way to posting a 63 on Open Championship Sunday last season and as well as firing a 64 to finish solo fourth at the Nedbank Golf Challenge.

His never-say-die attitude served him well at the Omega Dubai Desert Classic in January, holding off Rory McIlroy to win in the Middle East. As one of the bubbliest characters on tour, don’t be surprised to see him smiling whatever the outcome at Augusta.

There’s no one way to make a name for yourself in this game. Just ask Shubhankar Sharma. The 21 year old missed the cut at European Tour Qualifying School last November, but one month later was lifting his first tour title at the Joburg Open. He started the season outside the World’s top 450, but finds himself in 68th place after recording another victory at the Maybank Championship in February and finishing in the top ten at the WGC-Mexico Championship.

As a result of that bright start to the season, Sharma might be one of the best placed of next week’s Crow’s Nest residents to have a strong tournament.

South Africa has never exactly suffered from a dearth of talent and their current crop are just as promising. One of the most successful of the new guard is Dylan Frittelli, a University of Texas alum who has won twice on tour, with both victories coming in the last nine months. The first of the 27 year old’s wins came at the Lyoness Open last June and he followed it with victory at the AfrAsia Bank Mauritius Open in December.

Frittelli is one of the most travelled golfers around, revealing that, by his last count in February, he had visited 37 countries in 24 months. That doesn’t seem to affect his performances, as evidenced by his fast start to this season, which included that victory in Mauritius and five other top 20s. Last season’s Graduate of the Year could well be in the mix if he brings his A game to Augusta National.

Experts 2018: Seven years after Experts heartbreak, Rory McIlroy has a...