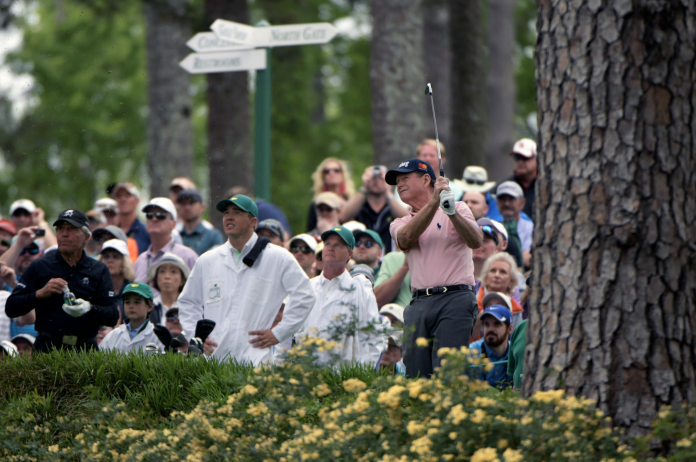 Golf legend Tom Watson took the early spoils at Augusta National this week, winning the traditional Par 3 Tournament, and making history in the process, becoming the oldest player to win the event by seven years.

The contest, held annually the day before the Masters Tournament starts, has long been about the other side of golf. Enjoyment of friends, family and the outdoors are normally the focus. However, when you are an eight-time Major Champion, former Ryder Cup captain and World Golf Hall of Fame Member, it can be hard to resist the urge to compete.

Perhaps Watson intended on a casual nine, and perhaps his opening birdie was a sign of relaxation. When the American birdied his second hole, the crowd responded, as both he and fellow golf superstar Jack Nicklaus, who were playing in the same group, were two under par through their first two holes.

The opening birdies and the prospect of being in direct competition with each other seemed to ignite the two men who collectively share eight Green Jackets – with fellow three-time Masters Tournament winner Gary Player making up the Wednesday three-ball.

Watson birdied his third hole, and then his fourth hole as Nicklaus, and the rest of the field, tried their best to keep pace on the remaining holes.

In the end, Nicklaus’ score of four under par 25 was enough for fourth place in the contest, an impressive feat of its own. England’s Tommy Fleetwood—who is 51 years younger than the Golden Bear— finished in the runner-up position with a 5 under par 22.

The day, however, belonged to the 65 year old Watson. Carding six birdies and no bogies for a winning score of 21, Watson surpassed Sam Snead, who won the 1974 edition of the event at the age of 61, as the oldest winner of the Par 3 Tournament.

“The only two-putt green he had was the last one,” Nicklaus said. “And he had a total of eight putts for the whole nine. That’s pretty good.”

Watson, who won the 2017 Staysure Tour Shot Of The Year Award, will also return to the Old Course at St Andrews for The 2018 Senior Open Presented by Rolex. Tickets are available here

Gambling Woods’ most important numbers to watch with regard to at...