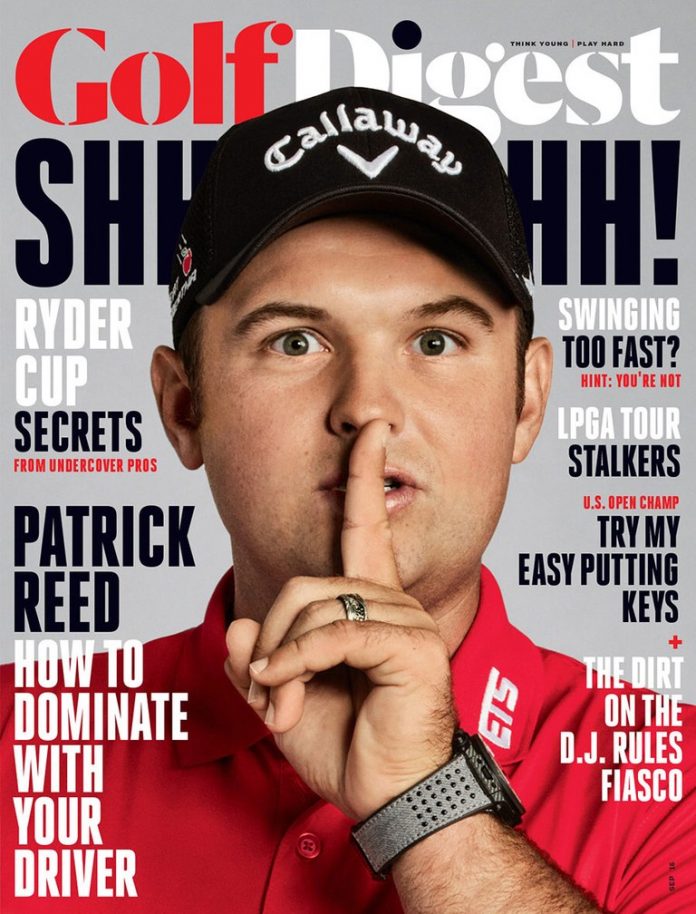 It was a Ryder Cup duel for the ages at Hazeltine National. Patrick Reed, already a dyed-in-the-wool American Ryder Cup hero, faced off against one of the biggest stars in world golf and Europe’s most potent weapon Rory McIlroy in the top match. Ahead of their Masters showdown today, we relive the drama…

The first hole provided a shape of things to come. Bot players had found trouble, Reed from the tee and McIroy with his approach whichfound the sand. The Northern Irishman splashed out a superb third for an easy par, putting some early pressure on Reed who was 15 feet out for a four to half the hole. Reed, in a fashion that would define this contest, held his nerve and sank the putt to put the crowd into raptures and set the tone for the American fans. All square after one, but an early boost for Reed and the home fans.

There were no dramatic fist-pumps or wild celebrations just yet, but when McIlroy holed a birdie putt at the third there was a restrained clench of the fist. The Holywood player had been clearly pumped up all week, playing leader in chief for Darren Clarke’s team, but when he took the early lead in this eagerly-anticipated contest, there was a much more muted determination to his demeanour. Game on.

Things were turned up another notch at the driveable fifth hole when Reed fired his tee shot to within 12 feet of the hole before sinking it for an eagle to square up the match. Reed, and the crowds, were now sufficiently pumped.

The eighth hole is probably the most memorable of The 2016 Ryder Cup and arguably the biggest turning point in this match, despite the fact that it was halved. McIlroy, always a fan favourite on American soil, was inevitably cast as the enemy of this particular piece as the spectators cheered on their own Texan warrior. So when he holed an absolute monster of a putt for birdie at the par three – after both players had exchanged gestures while going birdie-birdie at sixth and seventh – he laid down the gauntlet to the crowds, cupping his ears while mouthing the words, ‘I can’t hear you!’ But Reed was unbowed, and he rolled in his own birdie putt from the edge of the green before wagging his finger in the direction of his opponent, who smiled acceptingly. This was now the stuff of pure legend.

So much of this breath-taking Ryder Cup drama was borne of halved holes, as the two stars exchanged blows and matched each other’s brilliance, but when Reed parred the 12th after McIlroy had made a rare slip-up, it would eventually have proven the beginning of the end for the European and his hopes of silencing the crowds. Instead, Reed’s chest puffed ever larger and the decibels grew ever louder.

Patrick Reed gets some more red on the board! 🇺🇸 https://t.co/ctD3lzQqf5

At the par five 16th, Reed looked to have found some trouble when his second shot found the back end of the left bunker, leaving a gaping stretch of sand to clear to a tight landing area where the pin was tucked. In typical fashion though, the American swept it delicately onto the green and rolled it stone dead – one of the shots of the match and a crucial one which left it dormie two. As the singles matches further down the list pushed the USA ever closer to victory, this was a defining nail in the coffin.

After McIlroy had battled back with a winning par at the penultimate hole to give himself a chance of a half heading down the last, both players nailed their respective drives at the 18th before both firing superb approach shots to within eight feet. It was Reed up first and given the chance to end the contest with a birdie in front of the baying crowds, it seemed inevitable that he would bring this epic battle to a fitting end with a brilliant three. It was game. It was set. It was a match that will never be forgotten.

DeChambeau has fireworks in store from the tee at Augusta |...